Containers are stacked at a port on March 1, 2016 in Lianyungang, Jiangsu Province of China

President Donald Trump‘s Sunday tweet threatening another round of tariffs against China shook investor confidence in markets around the world on Monday, but within the C-suites of major U.S. corporations, tariffs have not been viewed as among the most important issues to resolve in a trade war.

Recent headlines citing Trump administration officials had hinted the trade war was nearing an end, and Chinese officials are still scheduled for meetings in Washington on Friday, even after Trump’s tariff threat. The biggest thing U.S. companies are looking for from a trade deal is “increased enforcement of U.S. patents and trademarks,” which was cited by 40% of CFOs. Another 30% cited increased access to Chinese markets for American companies.

The CNBC Global CFO Council represents some of the largest public and private companies in the world, collectively managing nearly $5 trillion in market value across a wide variety of sectors. The second-quarter 2019 survey was conducted from April 23-30 among 45 members of the council.

“Notwithstanding all the noise, tariffs — at least to now — haven’t mattered to our economy outside agriculture,” said Derek Scissors, a resident scholar at conservative think tank American Enterprise Institute and expert on international trade. “If the president were to apply all the tariffs he’s threatened, that would matter, but to now it’s more been about disrupting the supply chains running through smaller economies.”

Scissors said it makes sense that CFOs from Europe and Asia have been the ones more concerned about tariffs and less concerned about intellectual property than their U.S. counterparts. “Those countries don’t care who gets the benefits from IP, since it’s not theirs, as long as production remains globalized. U.S. CFOs, of course, care quite a lot because it’s our IP.”

U.S. duties, which already are higher than those of most developed economies, would surge to levels above those of many emerging-market countries if Trump’s latest tariff threats were enacted, CNBC’s Steve Liesman pointed out on Monday.

Wall Street analysts and economists remained somewhat confident a deal would be reached.

“The president’s negotiating tactics may be unconventional, but the likelihood of some kind of deal is still higher than nothing getting done,” wrote Tobias Levkovich, chief U.S. equity strategist at Citigroup in a Monday note to clients.

“It’s all sort of a posturing position,” Patrick Palfrey, senior U.S. equities strategist at Credit Suisse told CNBC on Monday. “Trump, at the end of the day, is looking to make sure his constituents get the best deal possible, and he wants to make sure he can deliver it. Going down to the wire in negotiations is part of the posturing process.”

U.S. Trade Representative Robert Lighthizer told reporters on Monday “We’re moving backwards instead of forwards, and in the president’s view that’s not acceptable. Over the last week or so, we have seen an erosion in commitments by China.”

Even with the administration’s sudden shift away from the commentary in recent weeks that had suggested a deal was close to done, the Dow Jones Industrial Average ended trading with a recovery of most of the 471 points that it had been down at its Monday low, finishing with a decline of 66 points.

The EMEA region is where fears about trade policy remain a major source of business uncertainty, with 60% of EMEA CFOs saying U.S. trade policy will be a negative over the next six months. That is twice the level of trade policy fears in Asia, where 30% of CFOs site U.S. policy as a likely negative.

CNBC reported on Monday that Chinese Vice Premier Liu He would be part of the delegation headed to D.C. Two senior administration officials described Liu as “the closer,” since he had been given authority to negotiate on President Xi Jinping’s behalf.

Tue May 7 , 2019
Insurer American International Group reported first-quarter earnings that trounced Wall Street estimates on Monday, as its general insurance business posted its first underwriting profit since the financial crisis. Shares of the company rose more than 6% after Chief Executive Officer Brian Duperreault said he expects the company to record an […] 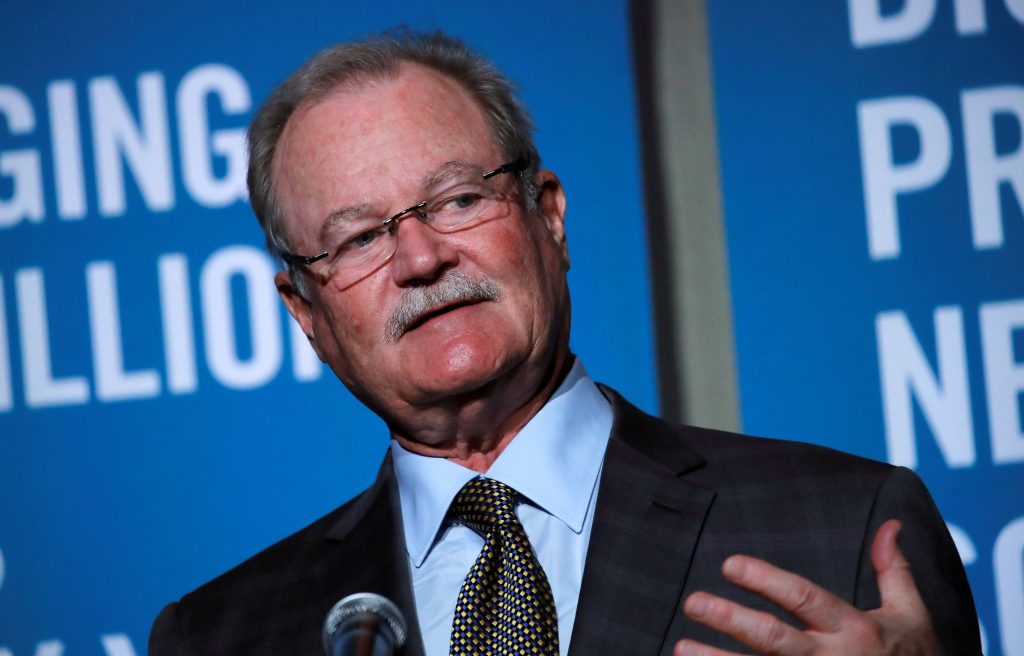