U.S. President Donald Trump arrives to speak about early results from the 2020 U.S. presidential election in the East Room of the White House in Washington, U.S., November 4, 2020. REUTERS/Carlos Barria

(Reuters) – Tech companies are trying to curb a surge in U.S. election misinformation, with President Donald Trump and his allies taking to social media to falsely claim victory and make unsupported allegations of voter fraud.

Trump’s allegations come as some battleground states are legally processing provisional and mail-in ballots, a process that is taking longer than usual as a result of the COVID-19 pandemic and extraordinarily high turnout.

The extended count is no surprise, and neither is the swing to Trump’s opponent, Joe Biden, which was widely predicted in the run-up to the vote – including by Reuters.

That did not stop Trump and his supporters – whose early lead in states such as Michigan and Wisconsin has melted as mail-in ballots are counted – from repeatedly trying to flood the internet with unfounded allegations of fraud.

Twitter Inc <TWTR.N> marked three of Trump’s latest tweets, including one making a false claim about “surprise ballot dumps,” as potentially “misleading about an election or other civic process.” Facebook Inc <FB.O> also marked multiple posts from the president as votes were still being counted.

The president’s posts – and those of his supporters – are a real-time test of Silicon Valley’s much-touted rules on handling election misinformation and premature claims of victory. But it is not clear whether the disclaimers and fact-checks, which often occur well after posts have been shared tens of thousands of times, are curbing the circulation of baseless claims.

The Election Integrity Partnership, a coalition of research groups, said that, following Trump’s unfounded victory claim at 2:30 a.m. on Wednesday, there was a noticeable uptick in online conversations around voter fraud, with verified Twitter users and supporters using the phrase “stop the steal.”

Even if the disclaimers did curb the spread of misinformation on their platforms, they have not stopped other media from amplifying Trump’s comments or his claims from hopping from one platform to another.

On Fox News, Trump’s tweets have been read out verbatim on Wednesday, sometimes without caveats about their veracity. And on the video-sharing site TikTok, a group called the Republican Hype House shared a video featuring a false claim that Michigan found 138,000 ballots in a lake.

TikTok said the video was later removed for violating its policy against misleading information. Fox did not immediately return an email seeking comment.

Social media companies have been under scrutiny over how they police rapidly spreading false information and election-related abuses of their platforms. In the weeks before Tuesday’s vote, both vowed action on posts by candidates trying to declare early victory.

The attempts at policing those declarations began early on Wednesday, when Twitter hid a Trump tweet that claimed “we are up BIG, but they are trying to STEAL the Election” behind a label that said it was potentially misleading. The company also restricted users’ ability to share the post.

Facebook added a label to the same post, which had about 23,000 shares, that said “final results may be different from initial vote counts as ballot counting will continue for days or weeks.”

A spokeswoman for Facebook said that, unlike Twitter, it was not restricting the reach or sharing of labeled content. She also said it would not flag premature claims of state wins, only of the result of the presidential race.

Jessica Gonzalez, co-CEO of the advocacy group Free Press, said that was not enough and that Facebook needed to take down, not just flag, “disinformation about our democracy.”

“We’re on the brink here. We’re testing our democracy experiment, and Facebook hasn’t gotten it right up to now,” Gonzalez said.

Facebook said that following Trump’s premature claims of victory it had started running top-of-feed notifications on Facebook and its photo-sharing site Instagram telling users that votes were still being counted and no winner had been projected. It said automatic labels were also being applied to both candidates’ posts with this information.

Congresswoman-elect Marjorie Taylor Greene, who has expressed support for the QAnon conspiracy theory, sent multiple tweets pushing the false narrative that Democrats were “stealing” the election. Her posts were later labeled by Twitter.

The president’s false victory claim was also live streamed on both platforms, with millions of votes still uncounted. Biden said earlier he was confident of winning.

Facebook labeled the video, which had 9.1 million views on Wednesday morning, with a warning saying vote counting could continue for days or weeks. The video had no label or warning on Twitter, where it was posted by the Trump campaign and retweeted by the president.

Alphabet Inc’s <GOOGL.O> video service YouTube added a panel that said “results may not be final” to election-related videos and directed users to a Google search for the election results.

(Reporting by Elizabeth Culliford in Birmingham, England, Paresh Dave in San Francisco, and Jack Stubbs in London. Writing by Raphael Satter in Washington. Additional reporting by David Shepardson in Washington and Katie Paul in Palo Alto; Editing by Giles Elgood and Lisa Shumaker)

Battle for Senate control remains up in the air, with key races yet to be called

Wed Nov 4 , 2020
So far, CBS News projects Republicans have won seven U.S. Senate seats, including flipping an Alabama seat red. While some races are still being characterized as toss-ups, Democrats may have a tough time in their bid to win back the majority. CBSN political contributor Molly Hooper joined CBSN with the […] 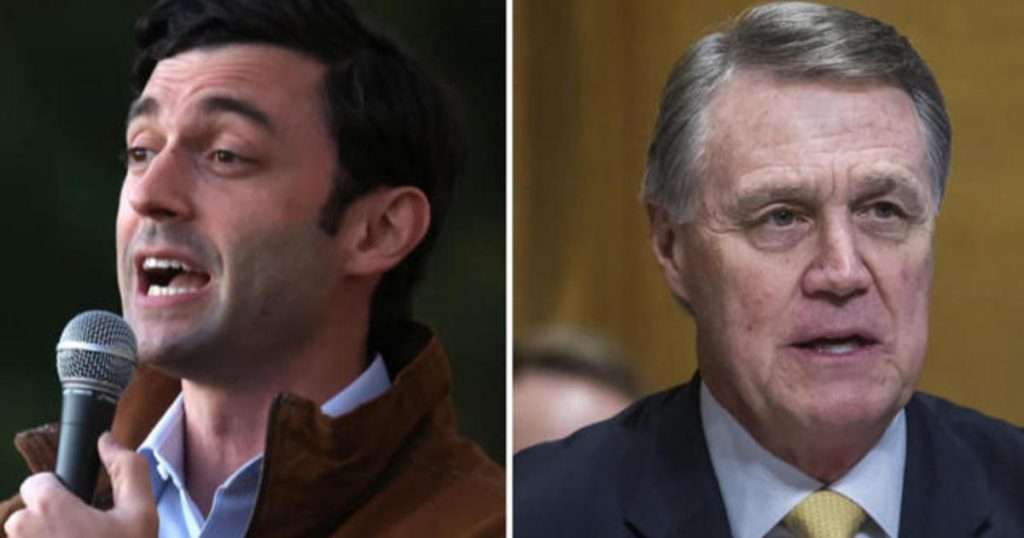