Analysts expect big energy companies to play a major role in dealmaking during another solid year for oil and gas mergers and acquisitions.

Oil majors and large independent drillers need to shore up their asset portfolios after several years of underinvestment during a price slump, analysts say. Buying up acreage and acquiring rivals is a quick way to lock up future production as old wells dry up.

Global dealmaking in the oil and gas exploration and production segment reached $143 billion last year, the highest level since 2014, according to energy research firm Wood Mackenzie.

In 2017, drillers mostly focused on consolidating their positions in a few core areas and selling off other assets. Many made purchases that allow them to string together strips of land, drill more efficiently and improve their cash flow.

That strategy will help producers pay for the big, transformational deals they made in 2016, aimed at overhauling their business to contend with low prices, said Curt Karges, who leads consulting firm PwC’s corporate finance team in Houston, in a year-end report.

That year, drillers packed into the Permian basin in western Texas, where the cost of producing oil is low but the price tag on land — and the companies who own it — has skyrocketed.

Integrated oil companies like Exxon Mobil and large independent drillers are prime candidates to make these deals, in part because they are typically able to hold assets for long periods and have flexibility when oil prices are relatively low, he says.

“Larger companies with strong balance sheets will seek efficiencies of scale in higher-return basins,” Joshi said in a recent research note. “Smaller, sometimes over-leveraged companies with decades of drilling inventory at the current pace can create value by combining with larger producers to accelerate development.”

That doesn’t mean all the world’s massive oil majors will throw their hat in the ring.

Wood Mackenzie thinks Anglo-Dutch driller Shell‘s guidance on capital spending essentially rules out big deals — though it has been actively investing in alternative energy and retail electricity lately. The finances at Norway’s Statoil leave it with less room to maneuver than its peers, and Italy’s Eni appears focused on growing without M&A, the firm says.

Exxon has a big war chest of its own stock, allowing it fund a takeover with shares. But takeovers might not be necessary because it has a strong long-term production stream and an established base in the U.S. shale oil patch.

Chevron’s cash flow is “radically improved” after two big Australian projects recently started up, but it’s not yet clear whether new CEO Mike Wirth will give a green light to big deals.

“The Majors have restructured portfolios to thrive under a ‘lower for longer’ outlook,” Wood Mackenzie said, noting that managing their current portfolios is the primary order of business.

Two big targets for majors are Brazil, which is holding lease auctions for offshore assets with low-cost production, and the U.S. shale fields, where drillers use advanced technology called hydraulic fracturing to break up rock formations and free oil and gas.

Brian Lidsky, managing director at Houston-based oil and gas advisory firm PLS, says big independents and the oil majors could make substantial purchases in 2018 to consolidate their position in the shale patch or enter hot areas this year.

“For the supermajors, the U.S. shales may be just the portfolio medicine needed to repair short-, mid- or long-term portfolio damage as a result of the last several years of severe exploration cutbacks,” Brian Lidsky, managing director at PLS, said in a briefing on 2017 dealmaking.

A few factors could create headwinds for dealmaking.

Analysts stress that many U.S. drillers have made promises to shareholders to focus on financial discipline rather than production growth, and may only do deals that boost efficiency and cut costs.

But Wood Mackenzie speculates that investors might not remain so stubborn with U.S. crude prices at three-year highs above $60 and a corporate tax cut windfall on the horizon.

However, the impact of U.S. corporate tax cuts on energy M&A is uncertain, according to PwC. While the lower tax rate and other provisions could free up cash for some companies, the firm notes that borrowing costs could rise for others due to changes in rules on deductions.

Fri Jan 26 , 2018
Last Updated Jan 26, 2018 2:18 PM EST UNIONTOWN, Pa. – Multiple weapons were found in the bedroom of a teenager accused of threatening to carry out a shooting at a western Pennsylvania high school, reports CBS Pittsburgh. According to police, a 14-year-old male was arrested at a home in Henry […] 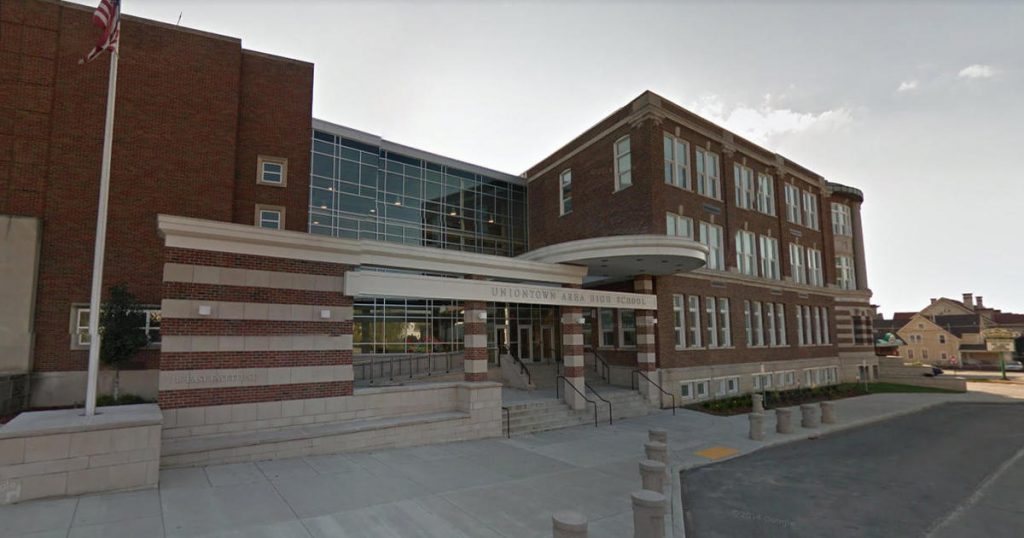