A clip from a television interview with former Vice President Joe Biden is circulating online with the false claim that he is reading from a teleprompter. Actually, Biden was looking at a screen showing a viewer’s question before he looks at the interviewer in the room with him.

A bogus claim that Joe Biden, Democratic nominee for president, was reading off of a teleprompter during a recent television interview has been viewed widely online.

It got a boost when the president’s second son, Eric Trump, shared it on Twitter, along with a clip from the interview with José Díaz-Balart on Noticias Telemundo. The claim is written in large text above the clip, saying: “Biden caught red-handed using a teleprompter.”

But it’s clear from the full interview that Biden wasn’t looking at a teleprompter. He was looking at a screen showing a Telemundo viewer asking about deportation policy during the Obama administration. Biden began to answer her question while facing the screen.

Biden then appears to look back toward the screen, saying, “OK, I lost that lady,” in reference to the viewer who had asked the initial question.

The viral post has misquoted that phrase, claiming in text below the video clip that Biden said, “OK, I lost that line.”

It’s hard to hear that part of the video, but Díaz-Balart explained what happened to Politico. He said, “In one moment the monitor went to black,” and Biden said, “‘I lost the lady.’”

“I told him he could answer looking at me,” Díaz-Balart told Politico, “and that was that.”

Indeed, in the video, Díaz-Balart follows Biden’s remark, saying, “Yeah, well, but that’s good, because we can talk, you and I, on that.”

The video below shows that part of the broadcast:

This falsehood feeds into Trump’s frequently repeated criticism that Biden uses teleprompters, but it’s worth noting that Trump has had his own issues with them over the years. In 2019, for example, he told an Independence Day crowd that “Our Army… took over the airports” during the Revolutionary War, a flub that he later blamed on the teleprompter going “kaput.”

The post Biden Was Looking a TV Screen, Not a Teleprompter appeared first on FactCheck.org.

Thu Sep 24 , 2020
President Donald Trump will sign a series of executive orders aimed at protecting people with preexisting conditions and look for a way to prevent surprise medical bills, senior administration officials said Thursday. Trump is expected to discuss the executive orders, which are part of his “America First” health-care plan, during […] 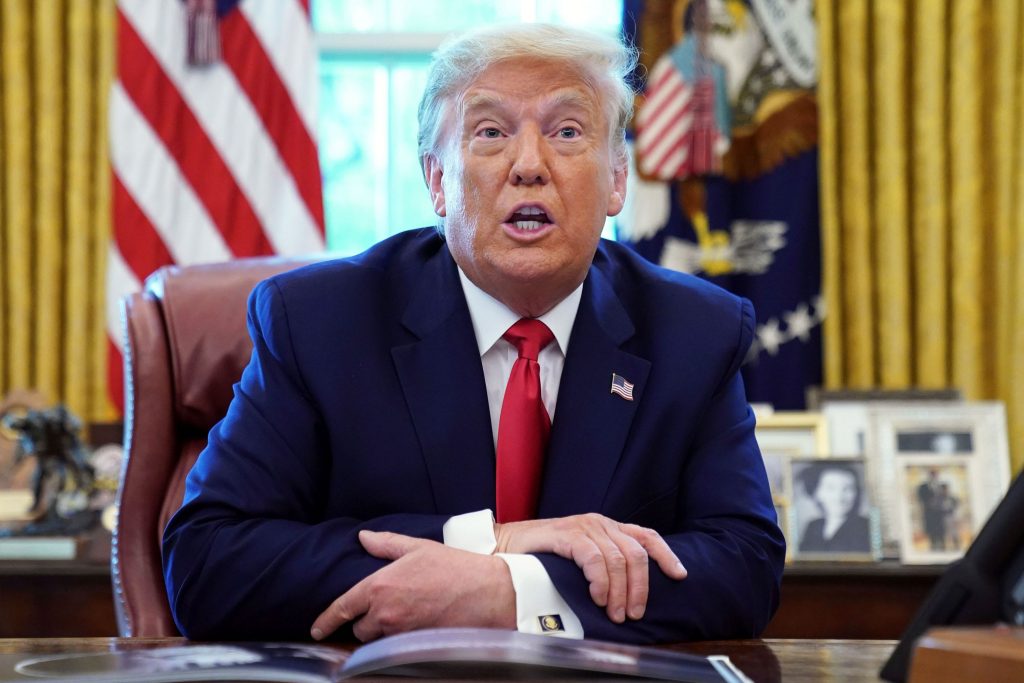