President Joe Biden clasps his hands as he holds his first formal news conference in the East Room of the White House in Washington, U.S., March 25, 2021.

WASHINGTON — President Joe Biden on Thursday vowed to complete the evacuation of Americans and their allies from Afghanistan after a deadly terror attack near Kabul’s airport took the lives of a dozen U.S. service members and many Afghans.

“We will not be deterred by terrorists. We will not let them stop our mission. We will continue the evacuation,” Biden said from the White House. “We will rescue Americans, we will get our Afghan allies, and the mission will go on. America will not be intimidated.”

The U.S. has about 5,400 military personnel assisting with the emergency evacuation efforts in Kabul.

McKenzie, who oversees America’s military operations in the region, said that a number of Afghan civilians were also killed in the blast, but he was not able to provide a precise number. He added that the current U.S. military assessment is that the bombers were ISIS fighters.

“I’ll defend our interests and our people with every measure in my command,” Biden said.

“I’ve also ordered my commanders to develop operational plans to strike ISIS-K assets, leadership and facilities. We will respond with force and precision at our time, at the place we choose and at the moment of our choosing,” he said, indicating that the U.S. had leads on the ISIS leaders who ordered the attack.

“We have some reason to believe we know who they are,” Biden said, though he noted that the U.S. was not certain. “And we will find ways for our choosing, without large military operations, to get them, wherever they are.”

The president had warned on Tuesday that staying longer than planned in Afghanistan carried serious risks for foreign troops and civilians. He has said that ISIS-K, the Afghanistan-based affiliate of the terror group, presented a growing threat to the airport.

“I’ve repeatedly said this mission was extraordinarily dangerous, and that’s why I’ve been so determined to limit the duration of this mission,” Biden reiterated on Thursday.

Earlier in the week, the president told leaders of the G-7, NATO, United Nations and European Union that the United States will withdraw its military from Afghanistan by the end of the month.

In the last 24 hours, Western forces evacuated 13,400 people out of Kabul on 91 military cargo aircraft flights. Since the mass evacuations began on Aug. 14, approximately 95,700 people have been airlifted out of Afghanistan.

About 101,300 people have been evacuated since the end of July, including about 5,000 U.S. citizens and their families.

A State Department spokesperson said Thursday that the U.S. is now in contact with the approximately 1,000 Americans believed to be still in Afghanistan.

“The vast majority — over two-thirds — informed us that they were taking steps to leave,” the spokesperson added. 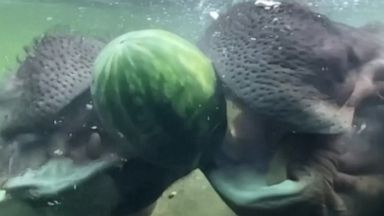