By Chris Kahn and James Oliphant

The drop in support comes at a precarious time for the first-year president, whose administration has been under fire for its handling of the pullout of U.S. forces from Afghanistan.

On Thursday, more than a dozen U.S. troops and dozens of civilians were killed when suicide bombers struck the crowded gates of Kabul airport.

At home, the COVID-19 pandemic has surged anew, especially in populous Republican-led states such as Florida and Texas that have resisted new restrictions to hamper the spread of the Delta variant of the virus. Despite Biden’s push for vaccinations, 39% of U.S. residents have not had even their first shot, according to data from the U.S. Centers for Disease Control and Prevention.

The national opinion poll, conducted Aug. 13-19, found that Biden’s net approval among independents dropped by 14 percentage points overall since June, and by 19 points for his handling of the coronavirus. Still, a slim majority of independents – 53% – said they approve of Biden’s pandemic response. https://graphics.reuters.com/USA-BIDEN/APPROVAL/lbvgnnzgapq

Independents are turning away from Biden even though most share his concerns about the coronavirus and have consistently joined with Democrats in supporting more preventive measures. https://graphics.reuters.com/USA-BIDEN/APPROVAL/zdpxookrxvx

The August poll found that 66% of independents support mask requirements at restaurants, gyms and on airplanes, while 25% oppose them. Fifty-five percent say vaccines should be required for people who want to go back to the office, while 37% say they should not.

When asked who should be blamed for the resurgence of COVID-19, 47% of independents said unvaccinated people, compared with 12% who blamed Biden.

The decline in Biden’s popularity is more likely to be a sign of exhaustion with the pandemic than it is about their support for his ideas, said Robert Blendon, a health policy and public opinion expert at the Harvard School of Public Health.

Josh Schwerin, a Democratic strategist who worked for Democratic super PAC Priorities USA, said Biden and Democrats must continue to draw a contrast with their approach and that of Republicans such as Florida Governor Ron DeSantis, who has pushed back against mask and vaccine mandates.

“Thousands of Americans are dying as a result,” he said.

The decline is part of a broader erosion in Biden’s popularity among all Americans as the president deals with the pandemic and the fallout from Afghanistan. Last week, Reuters/Ipsos polling showed that for the first time in his presidency more Americans disapproved of Biden than approved of him. https://graphics.reuters.com/USA-BIDEN/POLL/nmopagnqapa

Among all Americans, Biden’s net approval for the coronavirus dropped by 21 points from June to August: 55% approved of his handling of the virus, down 10 points from June, while 39% disapproved, which was up by 11 points.

His net approval was relatively stable elsewhere – dropping between 3 and 5 points over the same period on the economy, immigration and the environment.

It is far too early to say how much the recent drop in public approval will affect Biden’s party’s chances of retaining control of Congress in next year’s midterm elections. But it does show how closely tied Biden’s support is to the coronavirus crisis and how vulnerable he would be politically if the rate of infections does not subside.

Last year in his campaign against Trump, Biden made bringing the pandemic to an end a centerpiece of his message, pledging a return to a degree of normalcy by this summer.

Instead, a wave of new cases, hospitalizations and deaths, largely among those who have refused to get vaccinated, has bedeviled his administration.

“(Biden) owns the coronavirus issue now,” said Seth Masket, a political scientist at the University of Denver. “A lot of people thought it would be over by now, and instead it’s back.”

Seventeen months into the pandemic, many Americans continue to work from home as employers postpone office reopenings in the face of the Delta variant. Mask wearing is widespread again and there are concerns about a further spike in cases as children return to school.

“It seems like we’re losing the battle now” with the coronavirus, said José Guerra, 62, an independent from Kingsville, Texas, who took the poll.

The Reuters/Ipsos poll was conducted online, in English, throughout the United States. It gathered responses from 4,427 U.S. adults, including 2,033 Democrats, 1,531 Republicans and 527 independents. The findings have a credibility interval, a measure of precision, of 2 percentage points for the entire sample and 5 points for independents.

Fri Aug 27 , 2021
FILE PHOTO: The skyline with the banking district is photographed in Frankfurt, Germany, August 24, 2021. Picture is taken with long time exposure and zoom burst. REUTERS/Kai Pfaffenbach/File Photo August 27, 2021 By Simon Jessop LONDON (Reuters) – Europe’s banks are proving slow to act on sustainability and have only […] 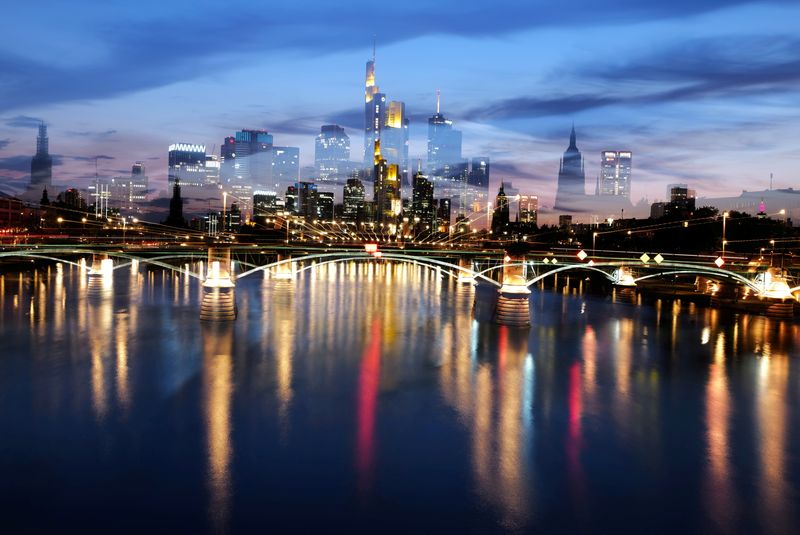