“President Biden underscored the need for Russia to take action to disrupt ransomware groups operating in Russia and emphasized that he is committed to continued engagement on the broader threat posed by ransomware,” said a White House readout of the call.

“President Biden reiterated that the United States will take any necessary action to defend its people and its critical infrastructure in the face of this continuing challenge.”

The call came just days after a massive new cyberattack by the group REvil, believed to be based in Russia.

The hacker gang is demanding $70 million in cryptocurrency to unlock data from the attack, which spread to hundreds of small and medium-sized businesses across a dozen countries.

The attack is the latest in a string of serious ransomware attacks carried out this spring and summer by groups originating in Russia.

In May, REvil targeted JBS, the world’s largest meat supplier. The company ultimately paid $11 million in ransom, but not before it briefly shut down its entire U.S. operation.

Earlier that same month, a different cyber criminal group targeted the operator of the nation’s largest gas pipeline, Colonial Pipeline. The attack forced the company to shut down approximately 5,500 miles of pipeline, leading to a disruption of nearly half of the East Coast’s fuel supply.

As of early Friday afternoon, the Kremlin had not yet released its own readout of the Biden-Putin call, so it’s unclear exactly how the Russian president responded to Biden’s pressure.

White House press secretary Jen Psaki told reporters Friday that the United States had no new information to suggest that the Russian government was directly responsible for the attacks.

Putin has consistently denied any involvement or direct knowledge of ransomware attacks originating in Russia.

But U.S. officials say the idea that Putin is unaware of who these attackers are isn’t credible, given the tight grip he maintains over Russia’s intelligence services and its murkier, off-the-books network of contractors.

In June, Biden met with Putin in person in Geneva, where he warned the Russian president to crack down on cyberattacks originating in Russia.

There, Biden said he presented Putin with a list of critical infrastructure in the United States that, were it to be attacked by Russian based cyber criminals, would constitute a serious national security threat to the U.S.

By identifying critical infrastructure as off-limits, Biden was also drawing a circle around targets that, should they be attacked by state or nonstate actors, would likely merit a governmental response.

The White House has so far declined to detail what retaliatory action the United States is taking or has taken against the cyber criminals themselves in several recent attacks, citing the need for such information to remain classified.

During the call Friday, Putin and Biden also commended each other for the joint work their teams undertook following the meeting in Geneva, the White House said.

That work led to an important U.N. Security Council vote Friday to resume the delivery of humanitarian aid into Syria.

The debt ceiling deadline is the end of July — Democrats have options, but no clear plan yet

Fri Jul 9 , 2021
The U.S. Capitol is reflected in a pool of rain water on Capitol Hill in Washington, D.C., U.S., on Monday, March 23, 2020. Al Drago | Bloomberg | Getty Images An upcoming vote in Congress to either raise or suspend the federal borrowing limit is becoming the latest political minefield […] 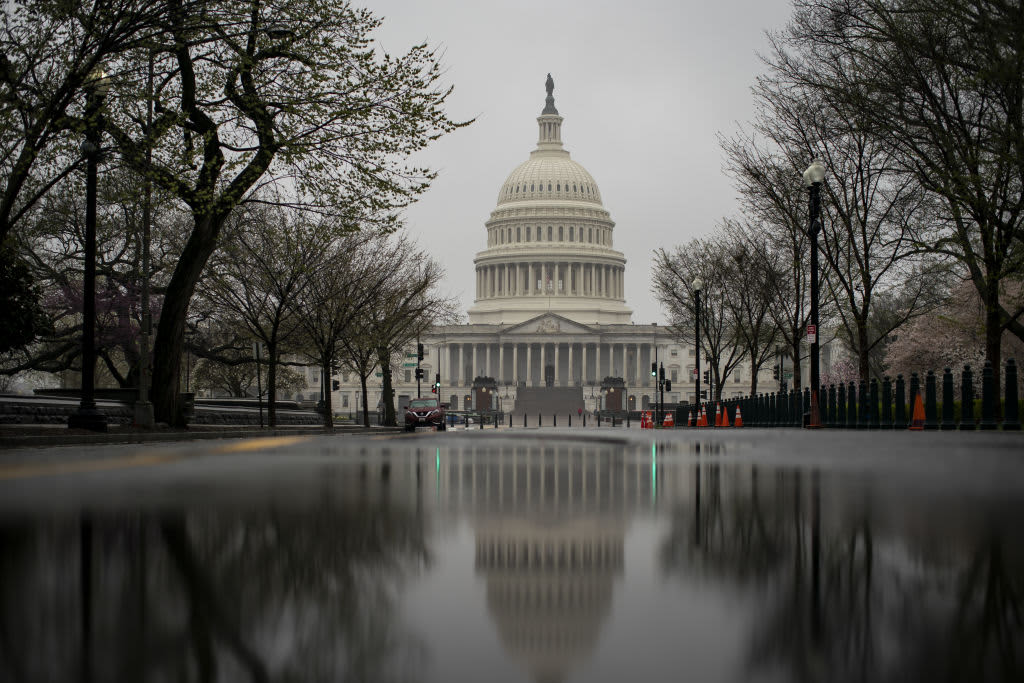