Three presidents and their wives stood somberly side by side at the National September 11 Memorial, sharing a moment of silence to mark the anniversary of the nation’s worst terror attack with a display of unity.

President Joe Biden and former Presidents Barack Obama and Bill Clinton all gathered at the site where the World Trade Center towers fell two decades ago. They each wore blue ribbons and held their hands over their hearts as a procession marched a flag through the memorial, watched by hundreds of Americans gathered for the remembrance, some carrying photos of loved ones lost in the attacks.

Before the event began, a jet flew overhead in an eerie echo of the attacks, drawing a glance from Mr. Biden toward the sky.

President Biden was a senator when hijackers commandeered four planes and executed the attack. Now he marks the 9/11 anniversary for the first time as commander in chief.

The president will spend Saturday paying his respects at the trio of sites where the planes crashed, but he left the speech-making to others.

Instead, the White House released a taped address late Friday in which Mr. Biden spoke of the “true sense of national unity” that emerged after the attacks, seen in “heroism everywhere – in places expected and unexpected.”

“To me that’s the central lesson of September 11,” he said. “Unity is our greatest strength.”

Following the morning ceremony in New York City, Mr. Biden will visit the field near Shanksville, Pennsylvania, where a plane fell from the sky after heroic passengers fought terrorists to prevent it from reaching its Washington destination. And finally, he will head to the Pentagon, where the world’s mightiest military suffered an unthinkable blow to its very home.

Former President George W. Bush, who was reading a book to Florida schoolchildren when the planes slammed into the World Trade Center, paid his respects in Shanksville. He said September 11 showed that Americans can come together despite their differences.

“So much of our politics has become a naked appeal to anger, fear and resentment,” said the president who was in office on 9/11. “On America’s day of trial and grief, I saw millions of people instinctively grab their neighbor’s hand and rally to the cause of one another. That is the America know.”

“It is the truest version of ourselves. It is what we have been and what we can be again.”

Former President Trump planned at least one stop in Manhattan and was to deliver ringside commentary at a boxing match at a casino in Hollywood, Florida.

Mr. Biden’s task, like his predecessors before him, was to mark the moment with a mix of grief and resolve. A man who has suffered immense personal tragedy, Mr. Biden speaks of loss with power.

He gave voice to the pain that comes with memories of 9/11 in his video message, saying, “No matter how much time has passed, these commemorations bring everything painfully back as if you just got the news a few seconds ago.”

On the 20th anniversary of the attacks, Mr. Biden now shoulders the responsibility borne by his predecessors to prevent future tragedy, and must do so against fresh fears of a rise in terror after the United States’ hasty exit from Afghanistan, the country from which the September 11 attacks were plotted.

Evacuations continued in Afghanistan on Friday with an additional 21 U.S. citizens and 11 Lawful Permanent Residents fleeing Taliban rule, Secretary of State Antony Blinken said in a statement. It came a day after the Taliban allowed a flight carrying Americans and other foreign nationals to depart the country for the first time since U.S. forces withdrew last month.

The State Department did not say how many Americans remain in Afghanistan. On Tuesday, Blinken estimated there were around 100 Americans still in the country who wanted to leave, adding that U.S. officials were in contact with all of them.

Sat Sep 11 , 2021
A number of western lowland gorillas at Zoo Atlanta have tested positive for the coronavirus, the zoo announced on its website. “Recently, Gorilla Care Team members observed coughing, nasal discharge, and minor changes in appetite in several members of the gorilla population,” the zoo wrote Friday. “Upon the onset of […] 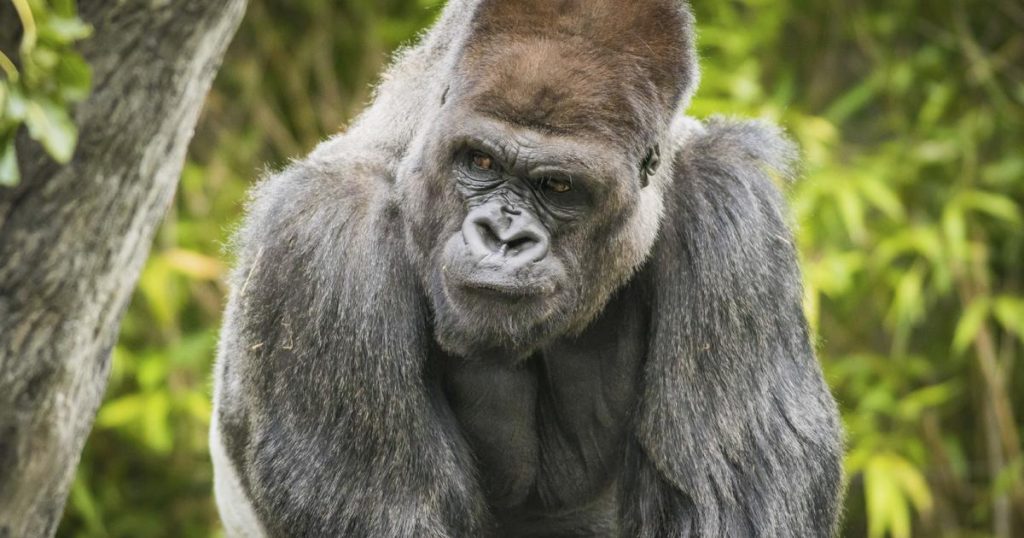