BERLIN (Reuters) – Belarusian opposition leader Svetlana Tsikhanouskaya visited a fragment of the Berlin Wall ahead of a meeting with Chancellor Angela Merkel on Tuesday, saying she saw in it a symbol of the transformation she wanted to bring about in her own country.

Tsikhanouskaya, who says she won Belarus’s presidential election two months ago and accuses President Alexander Lukashenko, in power for 26 years, of hanging on to power only via massive electoral fraud, is in Berlin to drum up support.

Hundreds of thousands have protested in the streets of Belarus’s cities since the election, defying brutal police crackdowns and widespread violence to demand Lukashenko clear the way for a fresh vote.

In a 45-minute one-on-one meeting with Merkel, Tsikhanouskaya said she hoped Germany would offer investment and support for independent media and civil society, according to a post on her Instagram account.

“The first thing I did in Berlin was come to look at the Berlin Wall,” she said of the structure thrown up by East Germany’s Communist regime in 1961 to stop East Germans fleeing their Soviet-backed government to democratic West Germany.

Fragments of the wall remain dotted around the city, many of them decorated with political graffiti, as they were on the West Berlin side in the 28 years during which the city was divided.

After speaking to reporters she went to one piece, on Berlin’s central Potsdamer Platz, which activists had painted in Belarus’s national colours red and white in support of the protests.

“I was shown a picture of people from the eastern side standing on the wall,” she said, referring to the scenes from after the collapse of the East German regime in 1989. “It’s the same in Belarus: we are on this wall and we are going to tear it down.”

Tue Oct 6 , 2020
A Boeing 777X airplane flies above the Boeing Everett Factory David Ryder | Reuters Boeing is cutting its expectations for new commercial aircraft demand over the next decade, citing what it estimates will be a years-long slump in travel demand because of the coronavirus pandemic. The manufacturer forecast on Tuesday that […] 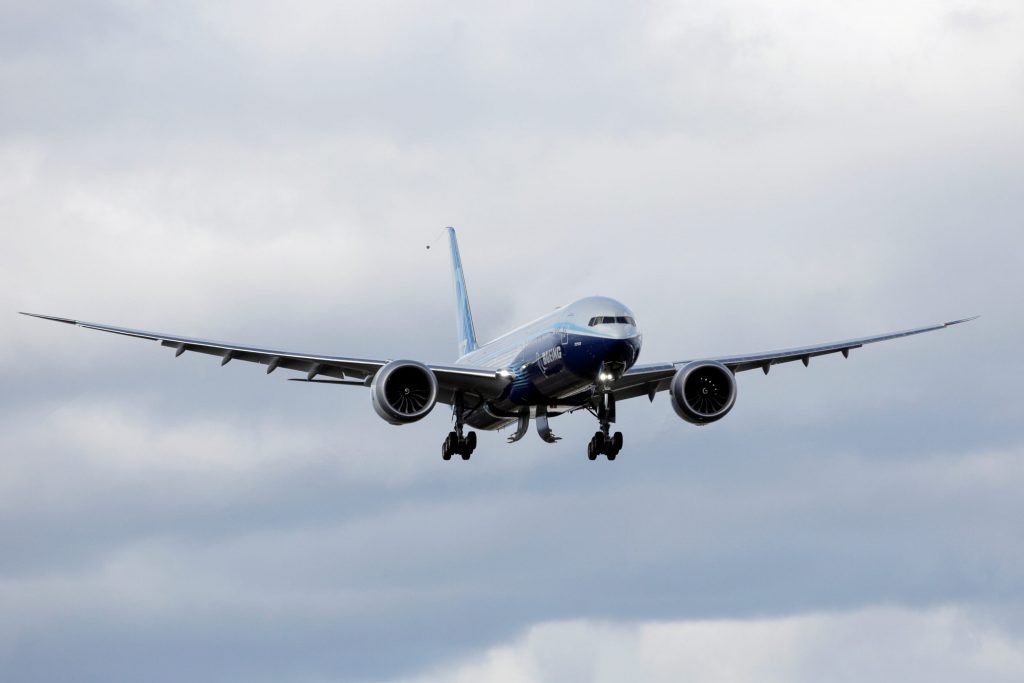