This poll tells a story of Elizabeth Warren rising. But not Joe Biden falling.

The former vice president now clings to a narrow lead over Warren in our CBS News/YouGov Tracker estimate of convention delegates – the only count that ultimately matters – with an estimated 600 delegates of all delegates available through Super Tuesday, to Warren’s 545.

Warren has gained delegate share as supporters of other, lower-tier candidates have been switching their preferences toward her.

Bernie Sanders rounds out the top tier of candidates with 286 delegates in a race that has tightened substantially over the summer. Biden’s position is helped by amassing enough delegates from South Carolina and other Southern states, as well as consistently strong showings elsewhere to keep him up in the overall delegate standings — albeit not by much.

State by state in vote preference, New Hampshire now sees Warren just slightly up over Biden and Sanders in first-choice preference there, effectively making the primary there a three-way contest. Biden holds onto a small edge over Sanders in first-choice preference in Iowa to go with that still-sizable advantage in South Carolina. Meanwhile, Sanders has a narrow edge over Biden in Nevada. (Note: Only candidates with more than 2% support are shown in the graphics below.)

More broadly, in aggregate vote preference across the early-state contests through Super Tuesday 2020 — the most important contests up front — Warren has risen and holds a one-point edge over Biden. These figures capture the impact of campaigns that are focusing on the earliest states, in contrast to other national polls that include states that won’t vote until late spring.

Biden’s support has largely held and even risen in some places like in Iowa, so the movement toward Warren is not attrition from Biden, but of lower-tier candidates losing supporters who have gone to Warren or, in lesser numbers, to Sanders.

For instance, Warren has benefited most from former Kamala Harris supporters switching their allegiance. Twenty-nine percent who were backing Harris in July, whom we re-interviewed for this study, have switched to Warren. Biden picked up 15% of former Harris backers. Partly as a result, Harris has fallen behind in the delegate estimate from her position earlier this summer, when she was closer to the upper tier of contenders.

Warren is also under consideration by more Democrats (60%) than Biden is (50%) — suggesting her campaign could have even more room to gain.

Biden does better than Warren in being named the first choice among those currently considering him.

For Warren, among those voters not currently picking her as their first choice now, almost half (47%) are nonetheless considering her, so she may have potential room to increase her standing if she can convert those voters. And the Democratic field has consolidated a bit, not just on the debate stage, but in the minds of voters.

Biden’s strong suit continues to be perceived electability. About three in four of those considering Biden think he probably would beat President Trump, similar to last month, but still a higher number for Biden than for the other top three candidates.

But Warren has made strong gains on electability. Among those considering supporting her, the percentage who think she would probably beat Mr. Trump has jumped 16 points since June, from 39% then to 55% now.

Sanders has also made some gains on electability. More of his potential supporters now think he would probably beat Mr. Trump (58%) than said that in June (51%) or July (50%).

Overall, most Democrats in these early states are at least somewhat confident the party will nominate someone who will defeat Mr. Trump, but only about a quarter are very confident. And a third are very or somewhat uneasy.

Across the states, descriptions of the candidates are related to vote choice. The candidates are closely grouped by who’s seen as most “easy to relate to,” with Biden having a slight edge. Biden is described by a plurality as being the most “presidential” so far, usually by his current supporters, and most of those who consider him that way are picking him.

Warren has a similar edge on being seen as most “knowledgeable” on the issues and she wins most of the voters who consider her so.

But on the measure of “inspiring,” Warren also comes out at the top of the field, though that characteristic isn’t as closely associated with vote. Of those who pick her as most inspiring, one in six nonetheless support Biden.

Age of the candidates

The top three leaders would each be the oldest elected president in U.S. history, were they to assume the presidency. Most Democrats say age is not a concern for any of these candidates.

But relative to each other, there are some differences. A mere 5% of Democrats say Warren is too old; 37% think Sanders would be too old to serve effectively as president, while 31% say the same of Biden. And the relatively few who do say those candidates are too old aren’t voting for them.

More Democrats say they would be enthusiastic if Warren became the nominee than say that about either Sanders or Biden.

As might be expected, each candidate’s backers would be enthusiastic if their own candidate won the nomination. But Democrats whose first choice is not one of the top three contenders are more enthusiastic about Warren as the nominee than they are about Biden or Sanders, helping give Warren that enthusiasm edge.

Overall, large majorities of Democrats in early voting states say they would be at least satisfied with any of the top tier candidates as the party’s nominee. But Sanders’ supporters would be relatively less happy with Biden. If Biden won, half of Sanders supporters say they would be disappointed or angry about that.

While most Democrats are concerned about every issue tested, there are intensity differences within the party on matters like climate change and social justice. The very liberal are more concerned about climate change (91% ranking it very important) than the moderates are (70%). Social justice is very important to 79% of very liberal Democrats, compared to 58% of moderates.

Concerns about health care stand out because they unite all Democrats, regardless of ideology: nine in 10 across the ideological spectrum say it is “very important.” None of the other issues tested — including guns, education, abortion and immigration — match those levels across liberals and moderates.

Warren and Sanders do much better among voters who favor a single-payer healthcare system than among those who say it depends on the details, or oppose it. Biden does far better with the latter groups.

Democrats split over the party’s general message, whether they should advocate a return to how things were before Mr. Trump’s presidency or whether to advance an even more progressive agenda than the Democrats had under President Obama.

Among those who want a more progressive message, Warren has gained. She had 23% of their votes in June and has 32% now. Sanders has gained a little with these voters, too.

We continue to see divisions in the Democratic Party along lines of activism and engagement — and as is typical, higher engagement comes from more ideological (in the case of Democrats, more liberal) voters. Those posting online about candidates or following them on social media are more for Warren and Sanders. Those who are not doing so are more for Biden, and they’re also older.

Three in four Democrats are at least somewhat likely to watch the next debate on September 12, including nearly half who say they are very likely to watch it. Most want to hear what the candidates would do as president, rather than how they can beat Mr. Trump or how they differ from their Democratic opponents.

Among those who have an opinion, Democrats tend to say the process for selecting candidates for debates has been fair. This is true even of those whose first choice didn’t qualify for the third debate.

Among those considering Sanders, 18% say one reason they’re considering him is that they’ve seen him in person. Sanders is also familiar to New Hampshire voters. He hails from the neighboring state and has run in the New Hampshire primary before.

Sanders and Warren supporters are more likely than those backing Biden or Harris to say they would definitely donate to their candidate’s campaign. They are also more likely to tweet or post about their candidate on social media. Forty-four percent of Sanders backers say they will definitely try to persuade friends or family to vote for him — the highest of any of the top three candidates.

This CBS News survey was conducted by YouGov between August 28 and September 4, 2019. A representative sample of 16,525 registered voters was selected in 18 states expected to hold early primaries and caucuses (Alabama, Arkansas, California, Colorado, Iowa, Maine, Massachusetts, Minnesota, Nevada, New Hampshire, North Carolina, Oklahoma, South Carolina, Tennessee, Texas, Utah, Vermont, Virginia). This sample includes 7,804 self-identiﬁed Democrats and Democratic-leaning Independents. This sample was weighted according to gender, age, race, and education based on the American Community Survey, conducted by the U.S. Bureau of the Census, as well as 2016 presidential vote. The margin of error is +/- 1.8 points.

Sun Sep 8 , 2019
Wilmington Trust’s Meghan Shue warns snap decisions during market volatility spikes will trap investors in losing trades. According to the firm’s senior investment strategist, reacting to every U.S.-China trade war development and taking on large positions are two of the worst things they can do right now. “For long-term investors, […] 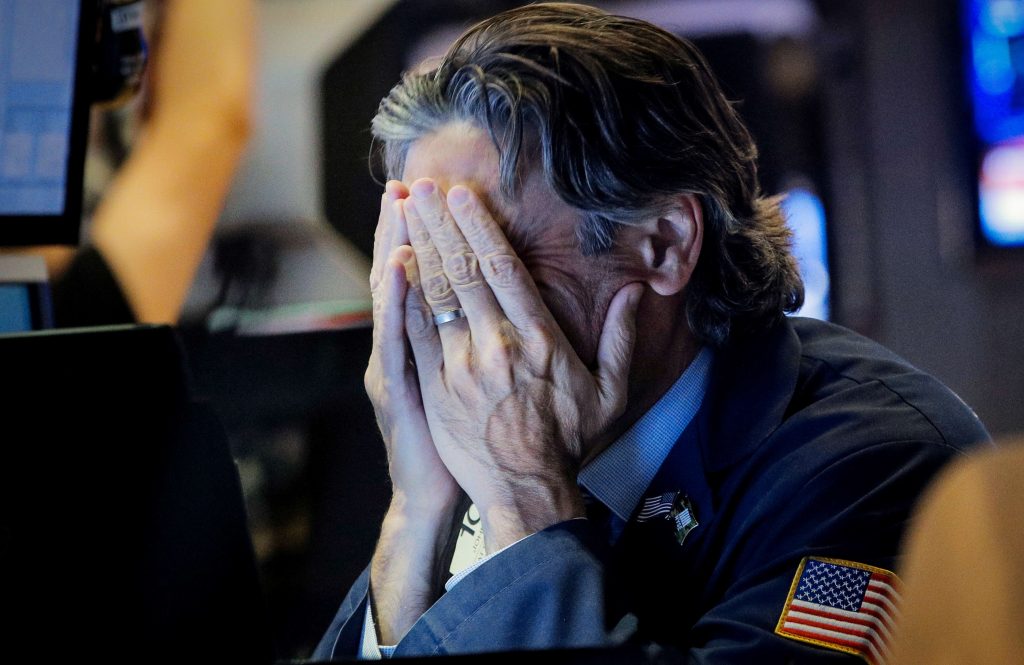