Dave Portnoy, founder of Barstool Sports, says he’s ‘encouraged’ by those who donated to the cause, adding that ‘hopefully it’s just the beginning.’

“To everyone who got into trading stocks this year, I have a little hard truth for you,” Sacca, who has a net worth of $1.2 billion, tweeted Thursday. “You’re not actually that good at it. You just caught a wild bull market. Take some money off the table.”

Portnoy, who took up day trading this year and has seen some positive results, told FOX Business that “he’s never heard of Chris Sacca” but added, “He sounds like a sour loser and an idiot.”

The sports media figure livestreams his daily trading sessions on Twitter to give his followers a glimpse into both his successes and failures as he slings positions worth hundreds of thousands of dollars.

“Portnoy and his legion are having their proverbial day in the sun. But eventually, that sun shall set, or eventually, darker clouds will eclipse that sun. You can count upon that as a fact,” Gartman wrote. “Soon the music these ‘investors’ are dancing to will either stop or turn atonal; soon he and they will find out that investing is very, very hard work.” The same day, Portnoy wrote an op-ed for FOX Business pushing back against Gartman’s claims.

“[Gartman] thinks it’s unfair that I’m leading an army of day traders who treat stocks like a game and am making it more difficult for Wall Street veterans to navigate,” Portnoy wrote. “Gartman was mad that for the first time in history, retail investors, or the ‘retail bros’ as they call them, don’t need them to invest our money for us.”

He continued: “I have as much experience in this trading climate as they do. And maybe the very fact that I’m not burdened with their history has allowed me to see this market for what it is, while they have failed miserably.”

Nearly 800,000 people opened new accounts at the three biggest online brokers in March and April amid the heart of the COVID-19 lockdowns, according to the Financial Times. That wave of new accounts has infused life into an industry that had been left for dead.

Thu Dec 24 , 2020
While he was in pandemic lockdown, Sir Paul McCartney was writing new music for his latest solo album, “McCartney III,” on which the 78-year-old not only served as songwriter and producer but also played nearly every instrument. Correspondent Seth Doane talked with McCartney about the former Beatle’s “rockdown,” and his […] 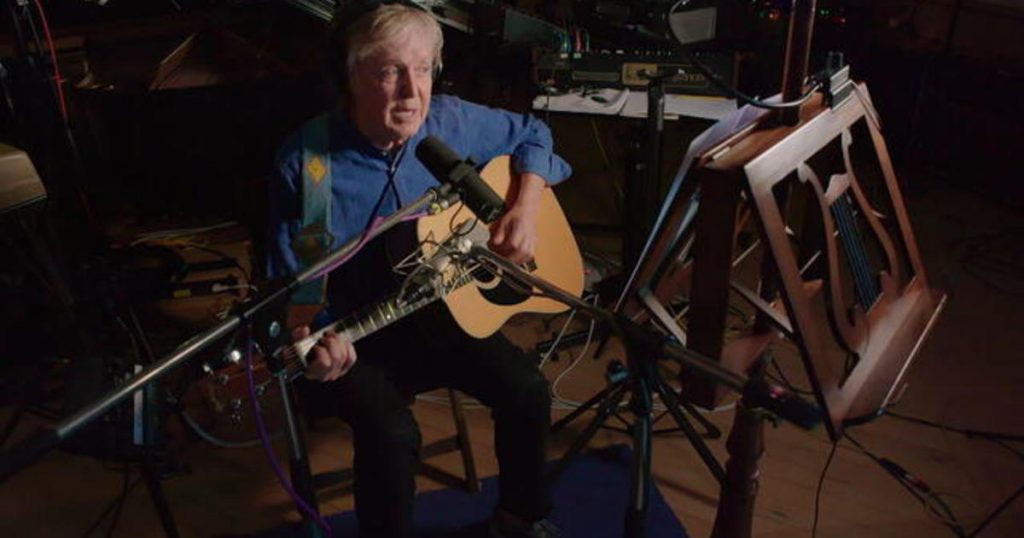