Peter Munk, a Canadian immigrant who founded Barrick Gold and turned it into the world’s largest gold producer, died on Wednesday. He was 90.

His daughter Nina Munk said her father passed away at his Toronto home of natural causes.

Munk founded Barrick in 1983 and built it into the world’s largest gold mining company. Barrick now has 10,000 employees on five continents.

He was also one of Canada’s most significant philanthropists and donated nearly $300 million, including a $100 million donation last year to the Toronto General Hospital which is the largest single gift ever made to a Canadian hospital.

Munk also created the Munk School of Global Affairs at University of Toronto and founded the Munk debates, which brings the world’s top intellectuals to Toronto for debates.

Munk was born in Budapest in 1927 and fled Hungary with his family in 1944 when Nazi Germany invaded. He arrived in Toronto with nothing but a small suitcase.

He started his first company while a student at the University of Toronto, employing students to sell Christmas trees outside supermarkets. He graduated with a degree in Electrical Engineering and then founded a successful stereo consoles business that gained endorsements from Frank Sinatra and Oscar Peterson. He also built a hotel empire in the South Pacific.

Munk was named a Companion of the Order of Canada, the country’s highest civilian honor in 2008. He was also among 18 global business leaders chosen to be included on the New York Stock Exchange Wall of Innovators last year.

“Although he began his life in Canada with very little, Peter ends his stay on earth as a Canadian icon, admired and revered for his outstanding success in business and leadership that benefited this country in so many important ways,” Former Prime Minister Brian Mulroney said in a statement.

Toronto Mayor John Tory said Munk was one of Toronto’s most generous and accomplished residents.

“From his start as an immigrant picking tobacco in southwestern Ontario to creating thousands of jobs for other Canadians, Peter Munk was a business legend.  But more importantly, he was a legendary good citizen. With his wife Melanie, he donated millions to better education and health care for other Canadians,” Tory said.

Munk is survived by Melanie, his wife of forty-five years; by his children, Anthony, Nina, Marc-David, Natalie, and Cheyne; and by his fourteen grandchildren.

Wed Mar 28 , 2018
The last several months have been a whirlwind for Justin Verlander. Last summer, the 35-year-old star pitcher was traded to the Houston Astros after 13 seasons with the Detroit Tigers. The Astros went on to win the World Series and just three days later, Verlander and his fiancée, supermodel Kate […] 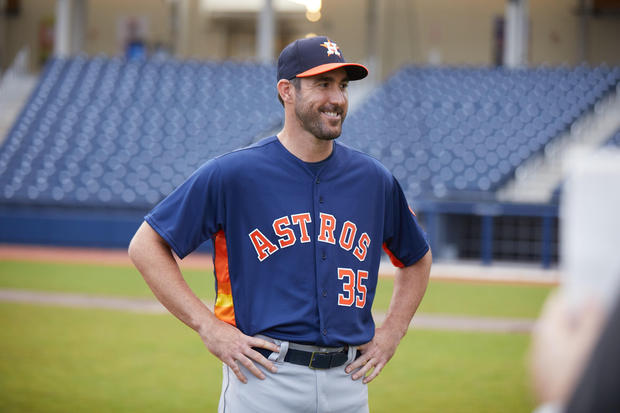