FILE PHOTO: The logo of Barclays is seen on the top of one of its branch in Madrid, Spain, March 22, 2016. REUTERS/Sergio Perez/File Photo

LONDON (Reuters) – Barclays said on Friday its United States arm will buy a $3.8 billion credit card portfolio from Synchrony Bank, as the British lender seeks to grow its U.S. profits and diversify further in to fee-earning businesses.

The co-branded credit card accounts and receivables were issued in partnership with clothing retailer The Gap Inc, and the deal is expected to close in the second quarter of next year.

The deal comes at a time when banks worldwide are trying to grow fee-earning businesses such as credit cards, amid rock-bottom central bank interest rates that have squashed profits from their other main business of lending.

The deal follows an agreement in April between Barclays and Gap under which they would issue co-branded credit cards to Gap customers in 2022.

The acquisition, which Barclays said is being financed from its existing resources, is estimated to reduce the bank’s core capital ratio by around 20 basis points.

Fri Aug 27 , 2021
Afghan people who want to leave the country continue to wait around Hamid Karzai International Airport in Kabul, Afghanistan on August 26, 2021. Haroon Sabawoon | Anadolu Agency | Getty Images The U.S. and its allies have warned that more terrorist attacks in Kabul are likely, as the deadline for […] 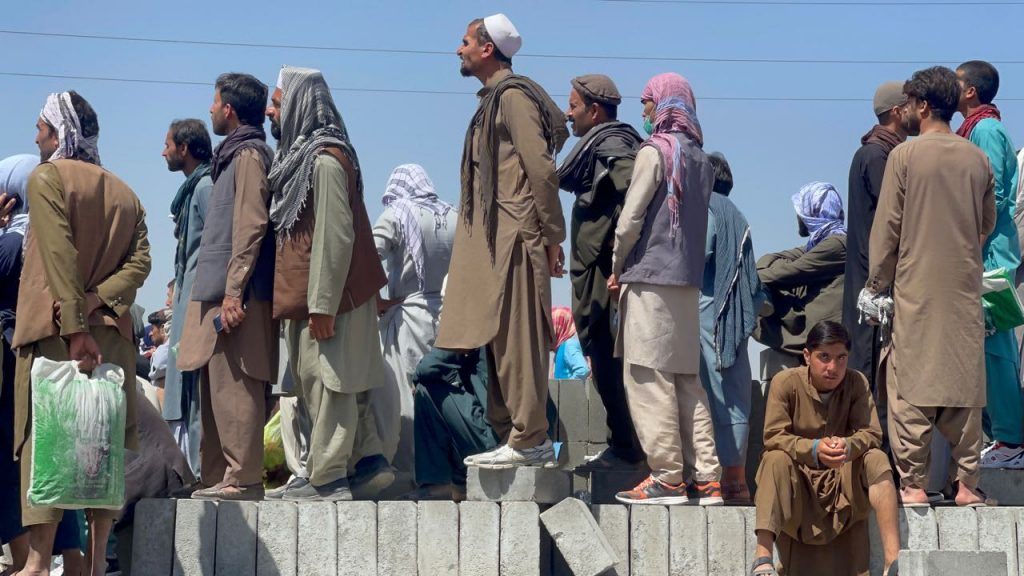