Barbie has been an astronaut, architect and even a paleontologist — and now she’s adding Airbnb host to her resume. The beloved doll’s very real, iconic Malibu Dreamhouse will be available to rent on Airbnb at the end of this month — and it only costs $60 a night, plus taxes and fees, Mattel and Airbnb said Thursday.

Fans hoping to live in Barbie’s world better set a reminder before packing their pink suitcase, though. The villa will be available to book starting at 11 a.m PT on October 23.

It can accommodate one guest and up to three friends for a one-time reservation from October 27 to October 29. However, the lucky vacationers won’t be totally alone with their friends during their stay.

Some of Barbie’s “most accomplished and entrepreneurial pals” will be joining guests during their trip, according to the release. Fencing champion Ibtihaj Muhammad — who has a Barbie doll modeled after her as part of the brand’s “Sheroes” collection — will give one-on-one fencing lesson. Her doll wears a fencing outfit and hijab — a first for Barbie.

Pilot and aerospace engineer Jill Meyers will also spend time with guests, giving them a behind-the-scenes tour of Columbia Memorial Space Center. Celebrity hairstylist Jen Atkin will makeover the visitors, while chef Gina Clarke-Helm will treat them to a cooking lesson in Barbie’s kitchen.

The Dreamhouse is opening its doors for $60 to commemorate the brand’s 60th anniversary. To “celebrate” the event, Airbnb will make a donation to The Barbie Dream Gap Project GoFundMe initiative, which “aims to help level the playing field for young women so they can follow their dreams,” according to the release.

The company posted a pink-filled video featuring Muhammad on its YouTube channel to promote the experience, which seems to be aimed at children.

While Barbie may have never listed her home before, Airbnb is no stranger to extravagant stays and adventures. In September, the company announced that it was partnering with the Ocean Conservancy for an all-expenses-paid trip to Antarctica this December. Five lucky travelers will get the chance to work with researchers studying climate change on the freezing continent.

This April, it partnered with the Louvre Museum in Paris on a contest celebrating the 30th anniversary of The Pyramid to offer one lucky winner and a guest the chance to spend a night at the famed spot.

Fri Oct 18 , 2019
FILE PHOTO: A general view of Beirut central district, Lebanon, August 22, 2019. REUTERS/Mohamed Azakir/File Photo October 18, 2019 BEIRUT (Reuters) – Demonstrators and police clashed in Lebanon on Thursday as thousands of people rallied against the government’s handling of an economic crisis, in one of the biggest protests the […] 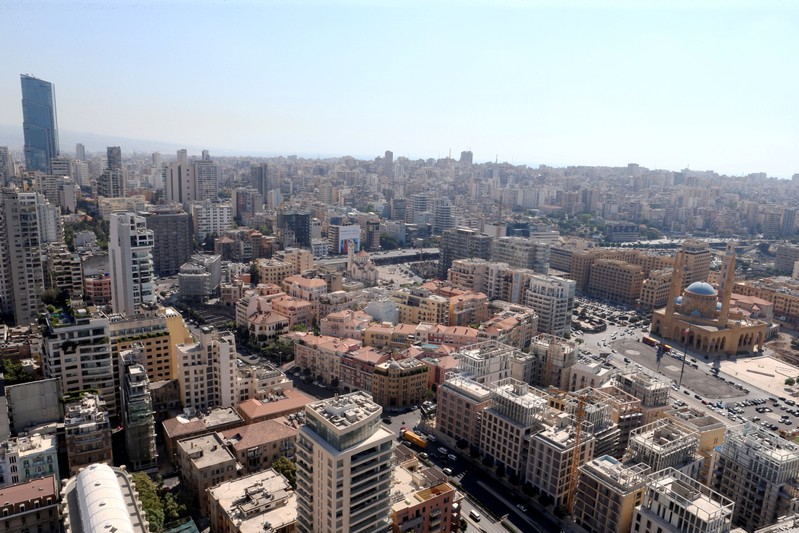