The Federal Reserve’s bank stress tests found financial firms are healthy enough to withstand adverse financial conditions caused by the COVID-19 pandemic. The tests are conducted each year by the Fed to ensure U.S. banks are able to support the economy through an economic downturn.

The holidays came “early for bank investors,” wrote a team of Morgan Stanley analysts led by Betsy Graseck. The Fed is saying “banks have enough capital to weather the coming credit losses.”

Banks can begin buying back their shares once they report earnings next month. J.P. Morgan Chase & Co. will kick off the upcoming earnings season on Jan. 15.

Goldman Sachs Group led financials higher Monday after a fellow bank declared it was the “biggest winner” from the Federal Reserve’s most recent stress test, according to Graseck. Trading propelled the bank to strong earnings over the trailing four quarters and resulted in capital requirements being lowered 150 basis points from June levels.

M&T Bank, meanwhile, saw the biggest increase in its stress capital buffer, up to 5% from 2.5% after the firm’s commercial real estate portfolio performed poorly in an adverse scenario. The increased buffer gives M&T Bank the highest stress capital buffer behind Goldman Sachs and Capital One Financial Corp.

COVID-19 vaccines, fiscal stimulus and the eventual return of the service economy should cause bank credit losses to decline further next year and allow the Fed to “remove the current ceiling on capital distributions in June,” providing further fuel for bank stocks to continue to rally, Graseck wrote.

Bank stocks on Monday outperformed the major averages, which opened sharply lower as a new fast-spreading COVID-19 strain was discovered in Britain and Prime Minister Boris Johnson implanted a new round of lockdowns. The benchmark S&P 500 fell by as much as 1.97% before trimming its losses.

Financials have lagged this year due to the economic malaise caused by COVID-19. The Financial Select Sector SPDR Fund fell 7.44% year-to-date through Monday while the S&P 500 had rallied 15%.

Mon Dec 21 , 2020
The Dow Jones Industrial Average erased earlier losses to trade in the green on Monday as the strength in Nike and bank shares supported the blue-chip benchmark. The 30-stock Dow last traded about 100 points higher after falling as much as 423 points. The S&P 500 dipped 0.2% and the […] 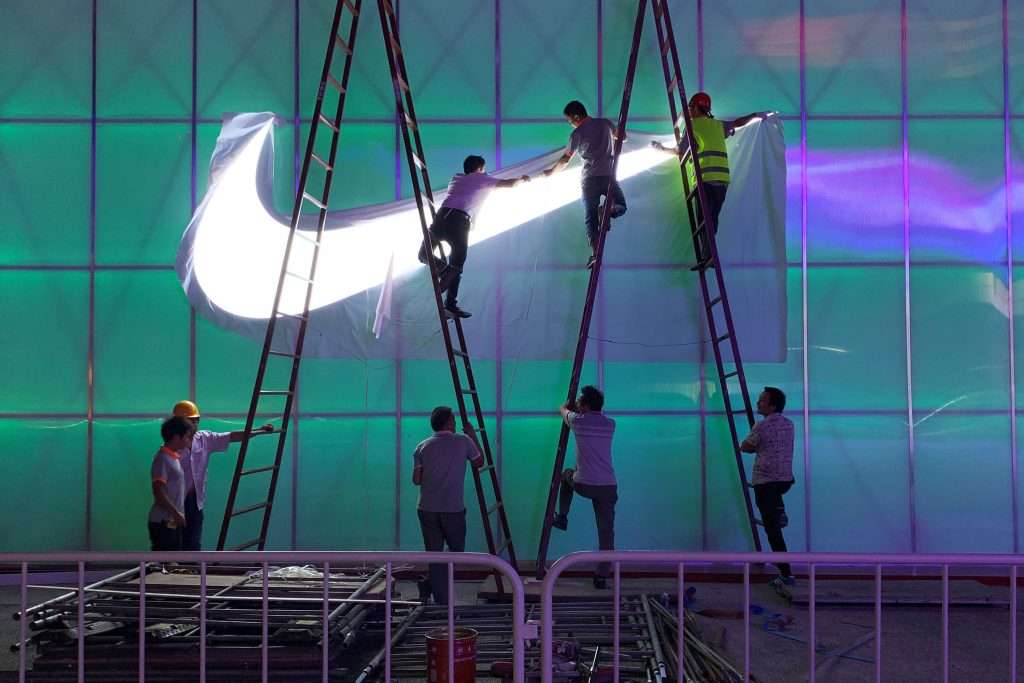