Here are the numbers:

Shares of the bank climbed 2.8% in premarket trading.

“We reported strong results as the economy continued to improve and our businesses regained the organic customer growth momentum we saw before the pandemic,” CEO Brian Moynihan said in the release. “Deposit growth was strong and loan balances increased for the second consecutive quarter, leading to an improvement in net interest income even as interest rates remained low.”

Investors had wanted to see loan growth improve from a weak first half of the year because that helps banks produce more interest income. Indeed, loan balances increased 9% on an annualized basis from the second quarter, driven by strength in commercial loans, the bank said.

The bank’s wealth management division posted a 17% increase in revenue to $5.3 billion, driven by record asset management fees of $3.2 billion.

Like other lenders, Bank of America set aside billions of dollars for credit losses last year, when the industry anticipated a wave of defaults tied to the coronavirus pandemic. Banks have been releasing some of those funds when the losses didn’t arrive, and analysts will be curious how much of a boost that dynamic will have in the second half of the year.

Shares of Bank of America have climbed 42% this year before Thursday, exceeding the 36% gain of the KBW Bank Index.

Thu Oct 14 , 2021
Domino’s in Denmark Francis Dean Domino’s Pizza shares were down more than 3% in premarket trading after the pizza chain’s third-quarter revenue fell short of estimates and its U.S. same-store sales turned negative. The pandemic brought skyrocketing demand for Domino’s pizza in its home market, but as consumers were vaccinated […] 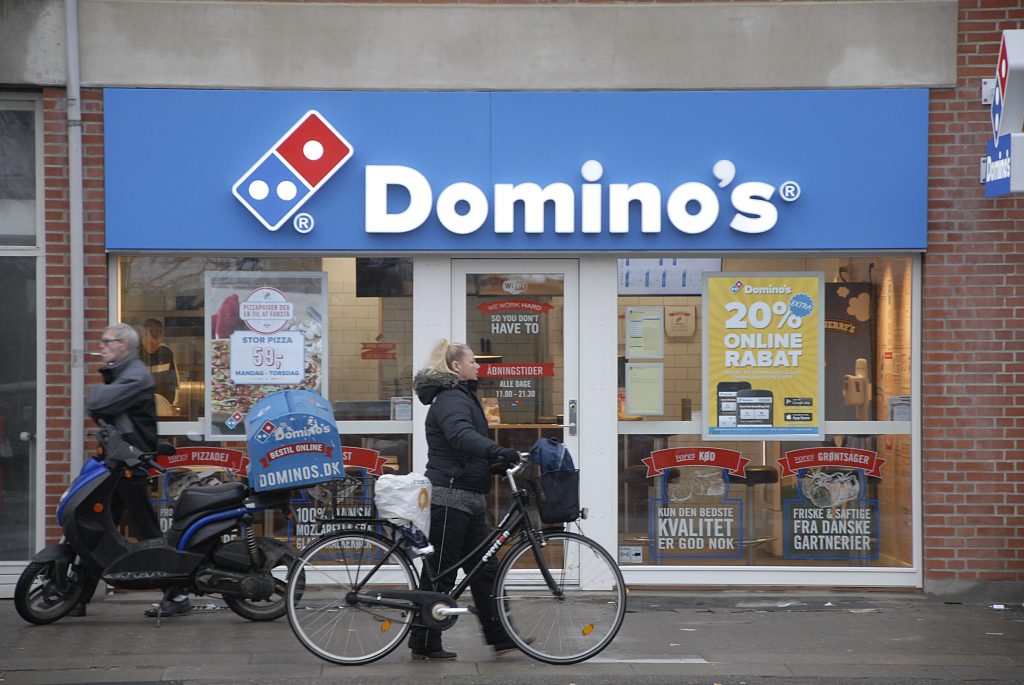