By Sweta Singh and Imani Moise

(Reuters) – Bank of America Corp reported quarterly profit above analyst expectations on Monday as the second-largest U.S. lender cut expenses and benefited from growth in loans and deposits on the back of a strengthening economy.

Noninterest expense dropped 5 percent in the quarter from a year earlier as the bank trimmed headcount and worked on digitizing its retail operations to lower overhead.

Revenue rose in each of the bank’s segments with the exception of global banking, where lower investment banking fees dragged revenue down 2 percent.

During his near-decade long tenure, Chief Executive Brian Moynihan has focused on making the bank’s sprawling operations more efficient. Two years ago, he pledged to cut expenses to $53 billion by the end of this year, and the bank confirmed it is on track to meet that goal and plans to hold expenses at that level through 2020.

Moynihan acknowledged on a call with analysts that the bank is underperforming peers when it comes to earning M&A advisory fees.

“The team knows they can do a better job, and they’re after it,” he said.

Total loans increased 2 percent in the quarter for Bank of America, led by growth in its consumer banking and wealth management businesses.

Total loan growth continued to be weighed by its runoff portfolio of consumer real estate loans, while year-over-year growth in Bank of America’s business segments was 5 percent.

Loan growth combined with higher interest rates helped push net interest income up during the quarter, but rising interest rates also increased the price the bank pays for its deposits.

The bank has increased the rate it pays for deposits in its wealth management and global banking units, Chief Financial Officer Paul Donofrio said.

Net interest income rose 6 percent as the bank’s large stock of deposits and rate-sensitive mortgage securities helped it take advantage of four interest rate hikes in the past year.

Revenue, net of interest expense, fell 1 percent to $22.76 billion. Revenue in the year earlier quarter included a $793 million pretax gain on the sale of the bank’s non-U.S. consumer card business. Analysts had expected revenue of $22.29 billion.

(Reporting by Sweta Singh in Bengaluru and Imani Moise in New York; Editing by Meredith Mazzilli and Susan Thomas)

Woman shares story of survival after driving off California cliff

Mon Jul 16 , 2018
Angela Hernandez is telling an incredible story of survival after being stranded for a week on a rocky, remote beach in California. She’s now battered and bruised in a hospital bed, but her spirit is unbroken. “I have to tell you, Angela is an amazing, amazing young woman,” said Sheriff […] 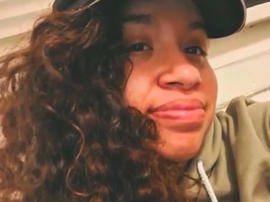