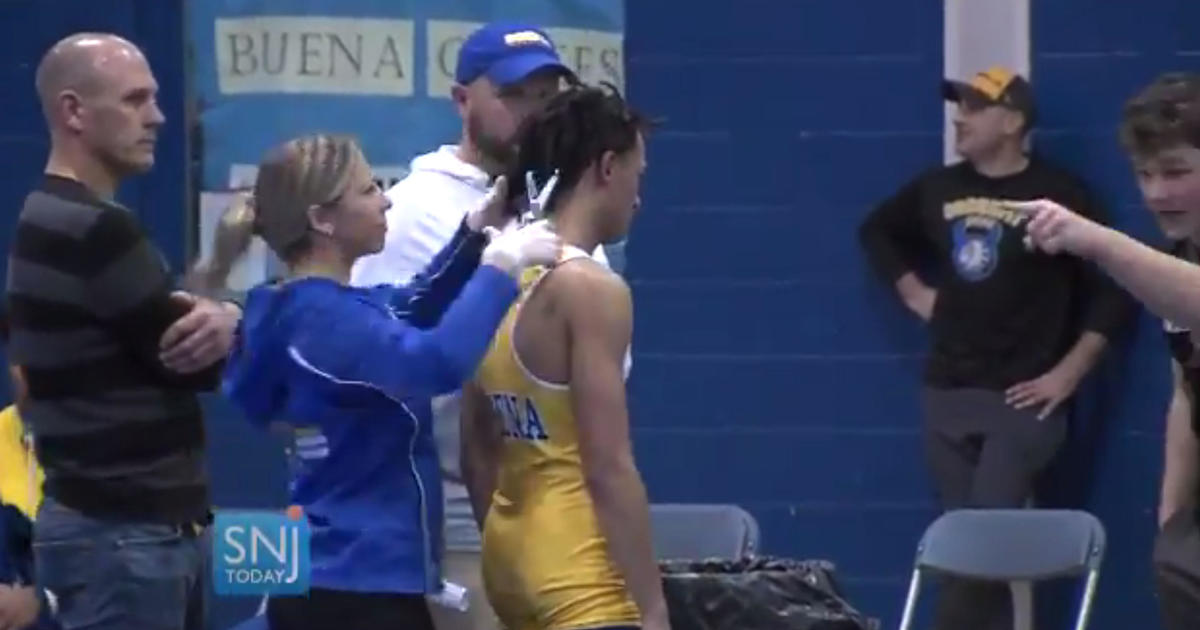 A New Jersey school district says its wrestling team will no longer compete in events officiated by a referee who told a wrestler to lose his dreadlocks or forfeit his bout. The announcement came during an emergency meeting held Wednesday with the Buena Regional school board and members of the community.

The groups that assign referees have already said they wouldn’t assign the ref until further notice.

Johnson, who is black, had a cover over his hair, but referee Alan Maloney, who is white, said that wouldn’t do.

Maloney didn’t respond to requests from The Associated Press for comment.

“I couldn’t believe that this pig would humiliate that kid on the mat,” Steve Martinelli said.

“This young man will never ever forget the physical and mental toll he took that night,” Action Together New Jersey Civil Rights Director Rachel Green said.  “As a mother raising children in this area, it broke my heart. It didn’t matter if he was black, white, green or purple.”

Many came from all across southern New Jersey for the emergency meeting.

Green and others are hoping procedures are put in place to prevent this type of incident from recurring.

“You had to have an ugly situation like this happen for them to address this,” Green said.  “It speaks to something tells me this isn’t the first time something ugly like this has happened. I think people just thought this was OK.”

Thu Dec 27 , 2018
We believe there has been a complete loss of confidence in the President, the Secretary of the Treasury and the head of the central bank when it comes to markets. Continue Reading Below We do not think it a big deal that the central bank raised rates to a measly […]