Children return to campus for the first day of New South Wales public schools fulling re-opening for all students and staff amidst the easing of the coronavirus disease (COVID-19) restrictions at Homebush West Public School in Sydney, Australia, May 25, 2020. REUTERS/Loren Elliott

SYDNEY (Reuters) – Australia’s most populous state on Monday urged locals to continue working from home despite schools reopening as the number of coronavirus cases slows.

Australia has reported just over 7,100 COVID-19 infections, including 102 deaths, well below figures reported by other developed countries.

With fewer than 20 new COVID-19 cases most days, Australian states are pressing ahead with a three-stage plan to remove most social restrictions imposed by July.

In New South Wales (NSW), which includes the city of Sydney, children returned to full-time face-to-face learning on Monday, allowing many parents to return to offices – although lawmakers urged those who could to stay home to avoid putting pressure on the transport network.

“I am very pleased that the system hasn’t been overwhelmed,” said NSW Premier Gladys Berejiklian told reporters in Sydney.

“People are listening, making informed decisions, and that is the way we would like it to continue.”

Reopening schools is a central part of reviving Australia’s economy.

But state squabbles continue to simmer.

While the federal government has devised a plan to reopen the national economy, the implementation is left to individual state and territory leaders, who come from opposing political parties and have different views on how much unrestricted movement should be allowed.

Around 120 million domestic overnight tourists spent a record A$80.7 billion ($52.79 billion) last year, according to government data, accounting for almost half of all tourism spending.

The differences between states also threaten to delay reopening travel between New Zealand and Australia.

New Zealand Prime Minister Jacinda Arden said both countries are developing protocols, but it would be unlikely to begin until Australia allows free domestic travel.

How Britain's oldest universities are trying to protect humanity from risky A.I.

Mon May 25 , 2020
University of Oxford Oli Scarff/Getty Images Oxford and Cambridge, the oldest universities in Britain and two of the oldest in the world, are keeping a watchful eye on the buzzy field of artificial intelligence (AI), which has been hailed as a technology that will bring about a new industrial revolution […] 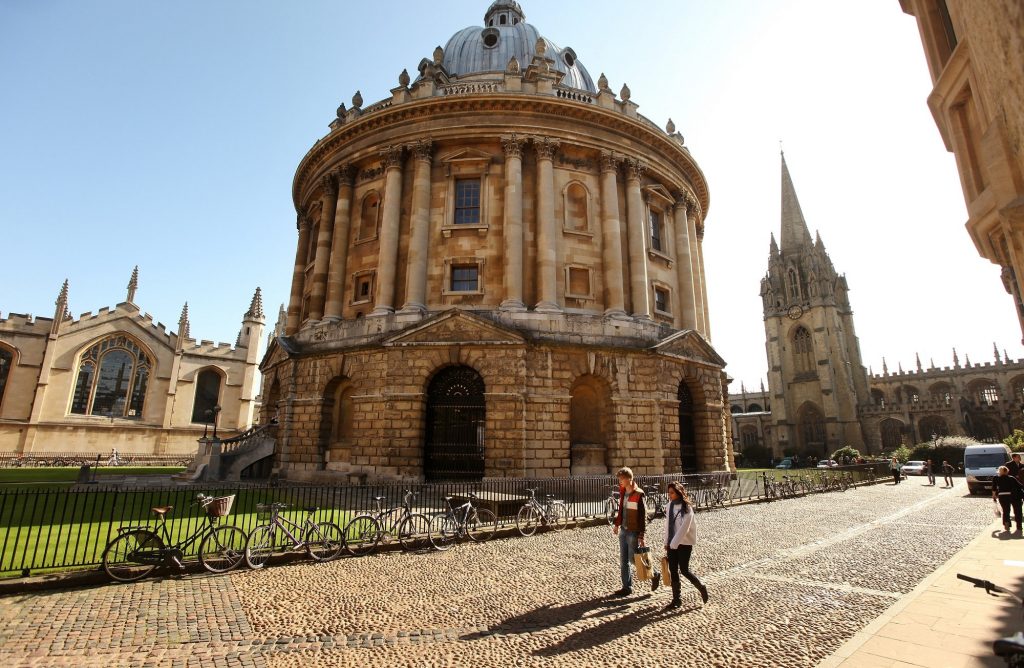