Refugee advocates hold placards as they participate in a protest in Sydney, Australia, against the treatment of asylum-seekers at Australia-run detention centres located at Nauru and Manus Island, November 18, 2017. REUTERS/David Gray

Australia has been refusing New Zealand’s offer to take up to 150 of the detainees from the Australian-run camp on Manus Island, but Ardern’s comments have raised speculation that Australian Prime Minister Malcolm Turnbull is ready to accept the offer.

The center was closed almost three weeks ago after PNG’s High Court ruled it was illegal, but more than 400 detainees have refused to leave, citing concerns for their security if they were moved to transit centers, as planned.

Turnbull has been refusing New Zealand’s offer to take some of the men, because he is worried that asylum seekers would view it as a “back door” to Australia, undermining the country’s tough immigration policies.

Ardern said the conversations were about establishing the screening processes.

“To be clear we have not started that process,” Ardern told Radio New Zealand. “But I think that certainly we’re a bit further along than we have been before – we haven’t even had officials having those discussions in the past.”

The United Nations, which has warned of a “looming humanitarian crisis”, last week urged Australia to accept New Zealand’s offer to take the men.

The men holed up inside the camp are reliant on erratic food supplies smuggled in by supporters. They have no power or running water.

Australia’s “sovereign borders” immigration policy, under which it refuses to allow asylum seekers arriving by boat to reach its shores, has been heavily criticized by the United Nations and human rights groups but has bipartisan political support in Australia.

Mon Nov 20 , 2017
Special Counsel Robert Mueller‘s team investigating whether President Donald Trump sought to obstruct a federal inquiry into connections between his presidential campaign and Russian operatives has now directed the Justice Department to turn over a broad array of documents, ABC News has learned. In particular, Mueller’s investigators are keen to […] 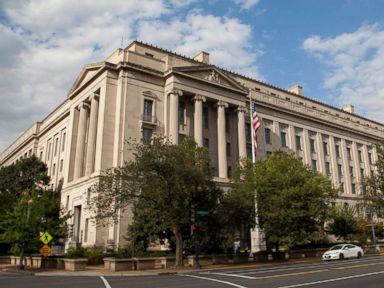