Migrants are seen after they were rescued by a coast guard patrol after a boat accident off the Libyan coast, in Qarabulli town, east of the capital Tripoli, Libya June 2, 2019. REUTERS/Ayman al-Sahili

TRIPOLI (Reuters) – At least two migrants died and around 25 others were missing after their inflatable boat capsized off the western Libyan coast, a spokesman for the coastguard said on Sunday.

A total of 73 migrants were picked up by a coastguard patrol about 14 miles off Qarabulli town, some 49 km (30.5 miles) east of the capital Tripoli, spokesman Ayoub Qassem said.

The bodies of a woman and a child were recovered, he added.

“A wrecked and inflatable boat was found without an engine and the illegal migrants were found clinging to it,” Qassem said.

According to the UN migration agency IOM, 2,297 migrants died or went missing in the Mediterranean last year out of a total of 116,959 people who reached Europe by sea.

Libya’s western coast has become a main departure point for migrants as smugglers exploit the county’s chaos since the toppling of Muammar Gaddafi in 2011.

But since July 2017, smuggling networks inside Libya have been disrupted under an Italian-backed deal with local authorities in a former smuggling hub of Sabratha town in western Libya.

The coast guard has stepped up patrols after receiving new boats from Italy as part of efforts by the right-wing government there to stop migrants reaching Italian shores from Africa.

Sun Jun 2 , 2019
An aerial photo shows Boeing 737 MAX airplanes parked on the tarmac at the Boeing Factory in Renton, Washington, U.S. March 21, 2019. Lindsey Wasson | Reuters Boeing has notified the Federal Aviation Administration that parts on the 737 Max and 737 NG may have been improperly manufactured and may […] 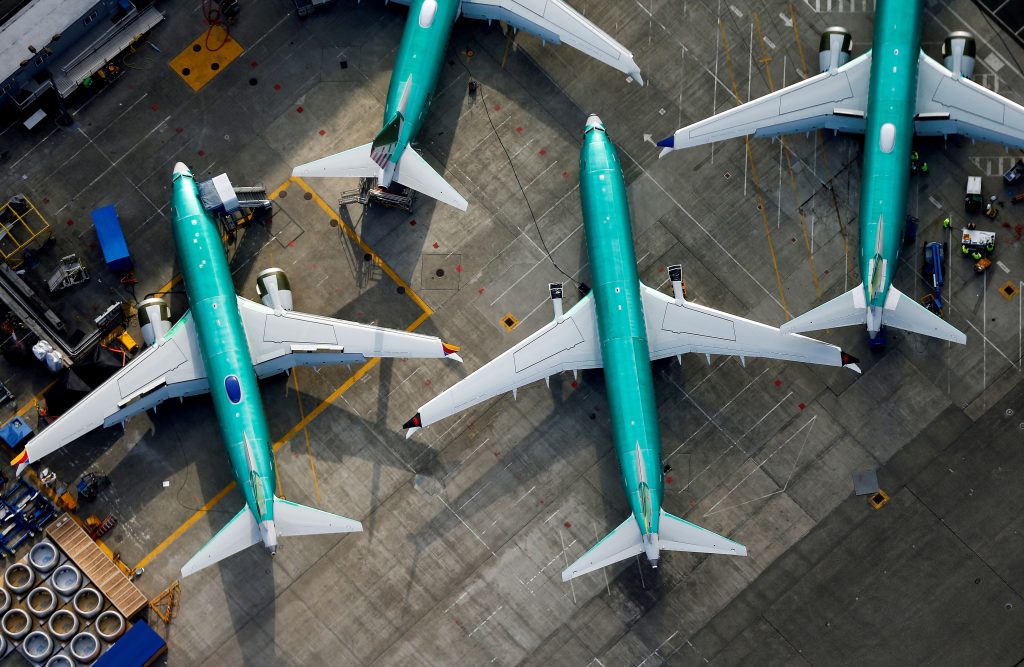