Smoke rises after an U.S. airstrike, as the Iraqi army pushes into TopZawa village during an operation against Islamic State militants near Bashiqa near Mosul, Iraq October 24, 2016. REUTERS/Ahmed Jadallah

BAGHDAD (Reuters) – At least 800 civilians have been killed in strikes in Iraq and Syria by the U.S.-led coalition fighting Islamic State since the campaign began in 2014, according to a report released by the coalition on Thursday.

The estimate in the monthly report, which said coalition strikes had unintentionally killed at least 801 civilians between August 2014 and October 2017, was far lower than figures provided by monitoring groups.

The monitoring group Airwars says a total of at least 5,961 civilians have been killed by coalition air strikes.

“We continue to hold ourselves accountable for actions that may have caused unintentional injury or death to civilians,” the coalition said in its report.

Since the start of the campaign against Islamic State militants, the coalition has carried out more than 28,000 strikes and has received 1,790 reports of potential civilian casualties, the report said.

It was still assessing 695 reports of civilian casualties from strikes it carried out in Iraq and in Syria.

The coalition, battling to defeat Islamic State militants in Iraq and Syria, says it goes to great lengths to avoid civilian casualties.

Thu Nov 30 , 2017
Kim Jong Un is seen as the Hwasong-15 was successfully launched. Kim personally guided the missile test and said the new launcher was “impeccable,” state media said. He described the new vehicle as a “breakthrough.” North Korea also described itself as a “responsible nuclear power,” saying its strategic weapons were […] 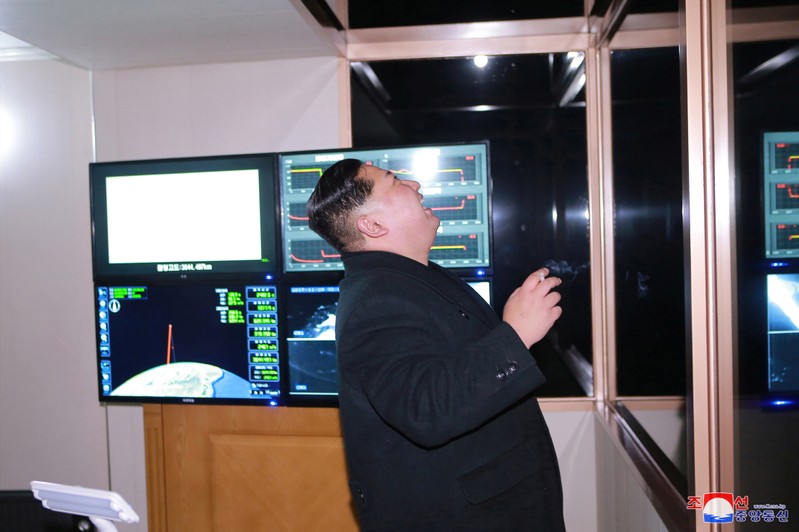