A man looks at a stock quotation board outside a brokerage in Tokyo, Japan, April 18, 2016. REUTERS/Toru Hanai

TOKYO (Reuters) – Asian stocks edged down on Wednesday on mounting signs of slowing global growth and anxiety over a yet-unresolved Sino-U.S. trade dispute.

Putting a dent on risky assets was a report by the Financial Times that the Trump administration has rejected an offer from China for preparatory trade talks this week ahead of high-level negotiations scheduled for next week.

Data published over the last 24 hours all pointed to a rough year ahead for the world economy.

U.S. home sales tumbled 6.4 percent in December, falling short of the weakest forecast, to their lowest level in three years. Compared from a year ago, they were down more than 10 percent for the first time since 2011.

House price increases slowed sharply, adding to the evidences of a further loss of momentum in the housing market.

Canadian factory sales and wholesale trade both slumped more than expected in November, while in Germany survey by the ZEW research institute showed morale among German investors improved slightly in January, but their assessment of the economy’s current condition deteriorated to a four-year low.

The pressure on growth at home is also one of the reasons markets expect the Bank of Japan to keep policy easy at its meeting ending later on Wednesday, with slowing global demand set to see the central bank trimming its inflation forecast.

The latest weak indicators came after the IMF trimmed its global growth forecasts on Monday, in its second downgrade in three months, just after China reported its 2018 growth slipped to the worst level in nearly three decades.

“Economic data has been weak and the U.S. government shutdown should be hurting economic sentiment but even that has been considered as positive for risk assets, on the ground that they make it difficult for the Fed to raise rates.”

But the euro weakened against the dollar under the weight of recent weakness in the euro zone economy and worries about fallouts from Brexit.

Wed Jan 23 , 2019
A senior executive at Chinese state-owned company CRRC Group said he was optimistic about Beijing and Washington finding a way to permanently resolve their ongoing trade dispute. For its part, the U.S. has already put tariffs on $250 billion worth of Chinese goods while China retaliated with levies on $110 […] 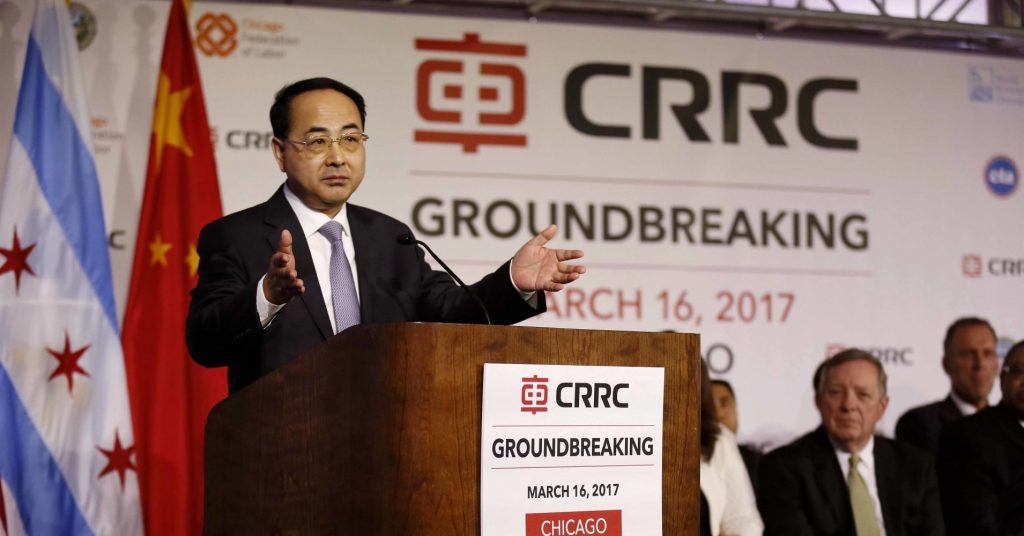