The Bank for International Settlements, the global body for central banks, issued a report Friday saying that central banks should work to achieve “interoperability” between their digital currency projects.

This can be achieved through a number of ways, the report said, such as creating common standards and establishing international payment infrastructures.

The report was written in collaboration with the International Monetary Fund and the World Bank.

Several central banks are exploring digital currencies which would be issued by central banks to commercial banks or directly to the public. Their efforts have intensified over the past year amid a decline in cash usage and growing interest in cryptocurrencies like bitcoin.

A photo illustration showing a gold necklace, silver coins and visual representations of bitcoin placed on top of different currencies.

The People’s Bank of China has been leading the way, with real-world trials already live in several cities.

“I think that each central bank, each country should have its own sovereign currency,” Agustín Carstens, general manager of the Bank for International Settlements, or BIS, told CNBC’s Annette Weisbach on Friday.

“Given that pretty much all central banks are thinking about this, it’s a unique opportunity for the different central bank digital currencies to be interoperable,” Carstens said, adding global central banks should ensure their systems are “congruent with each other” and that “transactions in different currencies can be done in a seamless way.”

The BIS is an umbrella group for central banks, representing institutions from the U.S. Federal Reserve to the People’s Bank of China. Its report with the IMF and World Bank said that central bank digital currencies, or CBDCs, could enable cheaper and faster cross-border payments.

At present, “payment from, let’s say Mexico to the U.S., can take days,” Carstens said. “Sometimes the commissions you pay are 7%. That’s ridiculous.”

“What we need to do is take advantage of the fact that pretty much everybody is starting from a clean slate, so that we can incorporate from the origin the interconnectedness between the different systems.”

However, the BIS report highlighted a number of outstanding issues with CBDCs that still need to be ironed out, such as the role of “private industry” actors.

Diem, a digital currency proposed by Facebook, drew widespread condemnation from regulators when it was initially launched in 2019.

Meanwhile, so-called stablecoins like tether — which are often backed by sovereign currencies like the dollar — have attracted growing criticism from economists and regulators due to a perceived lack of transparency.

Fri Jul 9 , 2021
Officials are giving an update on the condo building collapse in Surfside, Florida, on Friday, a day after the death toll rose to 64. Forty of the victims have been identified, and 76 people were still unaccounted for as of Thursday, Miami-Dade County Mayor Daniella Levine Cava said at a […] 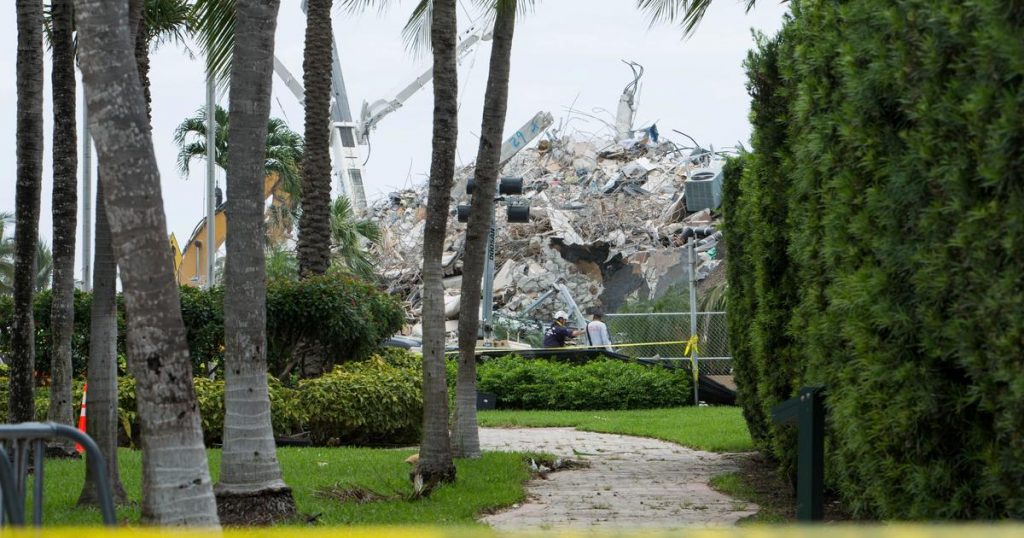