A completed British Academy of Film and Television Awards (BAFTA) mask is placed next to a furnace to be photographed at a foundry in west London, Britain January 31, 2019. REUTERS/Simon Dawson

LONDON (Reuters) – While Bradley Cooper, Glenn Close and Emma Stone may be drafting acceptance speeches for next month’s BAFTA ceremony, in a London suburb metalworkers are equally busy, crafting the trophies the stars hope to win.

Miles from the Royal Albert Hall where the British Academy of Film and Television Arts will roll out the red carpet, molten metal is poured into moulds to create the prizes to be handed out on Feb. 10 at the event seen as an important curtain-raiser for the Oscars.

“Once the metal has been poured, we give it a while to make it all solid, then we knock them out, remove the sand and then we shockblast them … Then we settle them, ready to go to polishing,” New Pro Foundries Managing Director Patrick Helly said.

Costume romp “The Favourite” leads nominations with 12 nods, including for its stars Olivia Colman, Rachel Weisz and Emma Stone.

Asked if he was rooting for anyone, Helly said : “I haven’t got a clue – I really don’t know who the nominations are.

“It’ll be whoever wins it, I’m sure they’ll deserve it!.”

In a quiet French village, a cleric plotted Iran’s revolution

Thu Jan 31 , 2019
A worker cleans an information board written in French and Persian next to the entrance of the garden where Iran’s late leader Ayatollah Ruhollah Khomeini used to pray during his four month exile in Neauphle-le-Chateau, near Paris, France, January 29, 2019. REUTERS/ Christian Hartmann January 31, 2019 By Michaela Cabrera […] 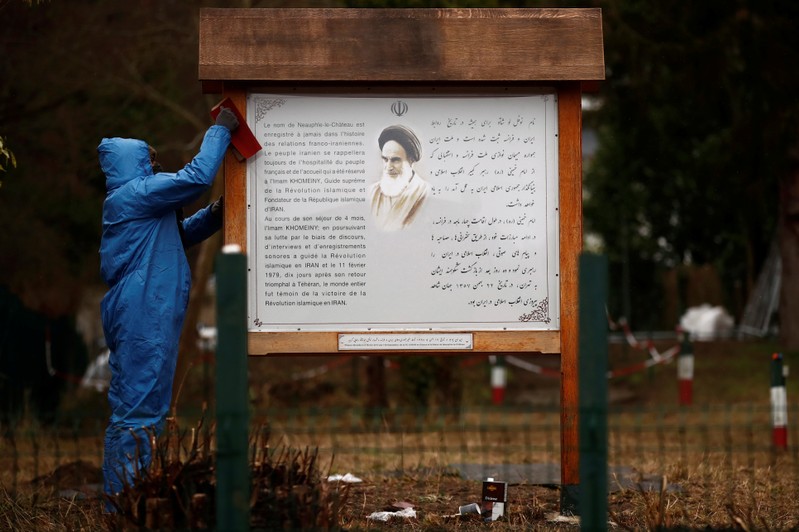