Julian Savulescu, director of Oxford University’s Uehiro Centre for Practical Ethics, said the main ground for implementing coercive measures during a pandemic was preventing harm to other people.

“You’re not entitled to shoot a gun into the air risking harm to other people and likewise, you can’t shoot Covid that might kill other people into a crowd,” he said in a phone call.

But according to Savulescu, four ethical conditions must be met to justify coercive policies like vaccine or mask mandates.

“First of all, the problem has to be significant, so you have to have a grave emergency or real risk of harming people. Secondly, you have to have a safe and effective intervention,” he told CNBC. “Thirdly, [the outcome] has to be better than fewer liberties and more restrictive measures. And lastly, the level of coercion has to be proportionate to the level of risk and the safety and effectiveness of the intervention.”

Savulescu said in his opinion, mandating Covid vaccines for an entire population did not meet those requirements. As the immunizations are not 100% effective at reducing transmission, he said they do not provide an extra level of protection to others that warrant such an extreme level of coercion.

“But there’s a second way in which you can justify coercion, which is less common, and that is when you’ve got a health system that will collapse if you don’t prevent people getting sick,” he said. “Then you can use coercion to stop people getting sick, not to prevent them infecting other people, but to stop them using that limited healthcare resource in an emergency.”

This could be used to justify making Covid vaccines compulsory, he said, but only when the policy was applied to the people who were most likely to require hospitalization or intensive care if they contracted the virus.

Vivek Cherian, a physician at Amita Health, agreed that to be ethically justified, the overall benefit of a vaccine mandate needed to outweigh the risk involved.

“The ethical dilemma, particularly in the United States, is the inherent conflict between an individual’s autonomy and liberty and the value to public health,” he said. “Given that if more people are vaccinated [it would] lead to fewer deaths, there is an ethical justification of the overall good.”

But in the U.S., Cherian said, there was “virtually zero chance we are going to see universally required vaccine mandates.”

“This is because we don’t currently have it for any vaccines,” he said. “What we will most likely witness are certain communities requiring it, such as federal workers, the military, or individual businesses. States will likely eventually mandate Covid vaccine requirements to attend public schools, in addition to the many other vaccines that are currently required.”

While the countries introducing nationwide vaccine mandates are in the minority, several countries — including the U.K., the U.S. and France — have made Covid vaccination compulsory for healthcare workers.

Al Dowie, a professor of medical ethics and law at the University of Glasgow, said that mandatory vaccination was not inherently controversial “depending on the context,” noting that doctors in Britain are already expected to be inoculated against common communicable diseases.

“Coercion is ethically justifiable when the risk to public health is sufficiently great,” he said in an email. “Healthcare is a risk-laden phenomenon, and there must always be residual risk. The question is what level of risk is deemed acceptable.”

While some governments have opted for aggressive mandates, others have instead attempted to boost vaccination uptake by offering individuals incentives to get immunized.

For example, the state of Ohio’s “Vax-a-Million” lottery scheme, which entered people into a $1 million prize draw after getting their shot, was hailed as a “resounding success” by Governor Mike DeWine. New York and Maryland later launched their own lottery programs to incentivize vaccine uptake, but a study from doctors at Boston University School of Medicine later found no evidence that Ohio’s lottery incentive had boosted uptake.

Alternative research has found that financial incentives could be useful in encouraging immunization. A Swedish study published last month found that paying people the equivalent of $24 lifted vaccination uptake by 4%. Researchers told CNBC that this was “a little bit of extra motivation to get vaccinated,” however, rather than a tool to change the minds of ardent skeptics.

During the pandemic, several governments, including those of the U.S., Japan and Hong Kong, have given millions of citizens checks worth between $930 and $1,280 in an effort to keep their economies afloat. Savulescu said he suspected that offering people one-off payments with the same value would increase vaccination rates and protect economies by preventing further lockdowns.

“How effective these interventions are is poorly understood, and will likely depend on the culture, the level of incentive or coercion, the ability to sort of enforce it, and so on,” he said. “I think in general, it’s preferable to start with incentives rather than moving directly to coercion.”

Cherian said that while offering incentives to boost vaccination was not an unethical strategy at its core, he was skeptical about the efficacy of both coercion and incentivization tactics.

“Those who are in support of public health will be willing to get the vaccine regardless of consequences or incentives,” he told CNBC. “Those that are on the fence can be incentivized. However, for individuals who for whatever reason are extremely opposed to being vaccinated, coercive policies may actually have the opposite effect, and make those individuals even more distrustful of the vaccines that someone is trying to force on them.”

Investors are going wild over a Dutch chip firm. And you've probably never heard of it

Wed Nov 24 , 2021
Employees assemble a ASML NXT1970Ci photolithography machine at the ASML Holding NV factory in Veldhoven, Netherlands. Jasper Juinen | Bloomberg | Getty Images With a market value of around $350 billion, Dutch-headquartered ASML is a little-known tech juggernaut that’s set to keep on growing in line with the insatiable demand […] 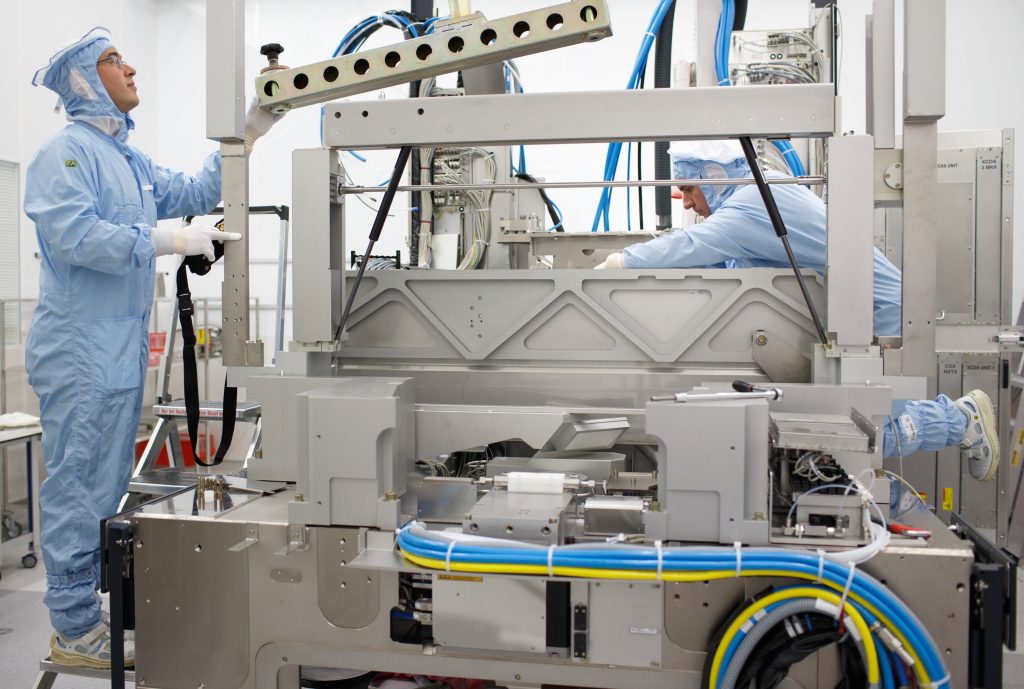