The House Judiciary subcommittee on antitrust released a report on Tuesday that said that Apple has “monopoly power” over software distribution on iPhones, which allows it to generate large profits from the App Store and extract rents from developers.

The 450-page report from the Democratic majority is the culmination of a 16-month investigation that also examined competitive practices at Amazon, Facebook, and Google and included the CEOs of the four giants testifying over videoconference in August.

The report recommends that dominant technology platforms, including Apple, be barred from entering “adjacent lines of business” and should not be allowed to give preference to their own services or products. But the report is also complimentary of Apple in some places: it also noted that Apple’s mobile ecosystem has produced significant benefits to consumers and app developers.

If these recommendations eventually become law, it could force big technology companies including Apple to change core business practices, such as how it distributes its own apps through the App Store or which products or services it decides to develop.

In an interview in September, Apple CEO Tim Cook said that he hoped that the company could “unpeel” from antitrust investigations and that he believes Apple doesn’t have a dominant market share in smartphones. The report says that Apple has about 45% of the market for smartphones in the United States.

Looking at the market for iPhone apps

But the report defines a different relevant market: Instead of looking at smartphones overall, it looks at the distribution of software apps on iOS devices.

The authors of the report focus on Apple’s control of its App Store, the only way for consumers to install apps or software on an iPhone, along with Apple’s proclivity to buy smaller technology companies and turn them into features for Apple products. The authors found that Apple enjoys monopoly power over the distribution of software apps on iOS devices.

Specific points include the following:

High switching costs. The report says that people don’t often switch from iPhones to Android phones, which makes distribution on Apple devices its own market because it does not need to fear that developers or consumers will abandon their iPhones.

“Apple’s market power is durable due to high switching costs, ecosystem lock-in, and brand loyalty,” the report says. “It is unlikely there will be successful market entry to contest the dominance of iOS and Android.”

It points to when Apple released Screen Time, a feature for iPhones that parents could use to monitor their children’s usage of phones and tablets.

Developers of parental control software complained after the feature was released that they were excluded from the lucrative market of iPhone owners, and the apps were reinstated after media attention.

“Here, Apple’s monopoly power over app distribution enabled it to exclude rivals to the benefit of Screen Time,” according to the report.

Finding reasons to remove competitors. At one point, the report says that a former director of Apple’s review process said in an interview that Apple senior executives would find “pretextual reasons” to remove apps from the App Store, especially when they competed with Apple services. The report does not elaborate and it does not give an example.

Supra-normal profits. The report also focuses on Apple’s 30% cut from in-app purchases made on an iPhone. It found that the company has become more insistent that developers use in-app purchases as the company’s services business, which includes the App Store, becomes a driver of growth and profits.

“Apple’s monopoly power over app distribution on iPhones permits the App Store to generate supra-normal profits. These profits are derived by extracting rents from developers, who either pass on price increases to consumers, or reduce investments in innovative new services,” the authors write.

Sherlocking. The report also examines how Apple often releases products or features that replicate what top app makers sell on the App Store, a topic that it correctly notes has a nickname among programmers for Apple products: Sherlocking.

The Democratic staff cites former Apple CEO Steve Jobs saying that the company has “always been shameless about stealing great ideas” as evidence that Apple monitors its app store to copy the best ideas and incorporate them into the iPhone. It alleges, citing app developers, that Apple uses the App Store to collect sensitive business data that it can use to compete with third-party developers unfairly.

Tue Oct 6 , 2020
The Department of Health and Human Services is threatening to withhold U.S. funding from hospitals that fail to comply with federal requirements on reporting data about Covid-19 and influenza patients, Centers for Medicare and Medicaid Services Administrator Seema Verma announced Tuesday. Verma said on a conference call with reporters that hospitals […] 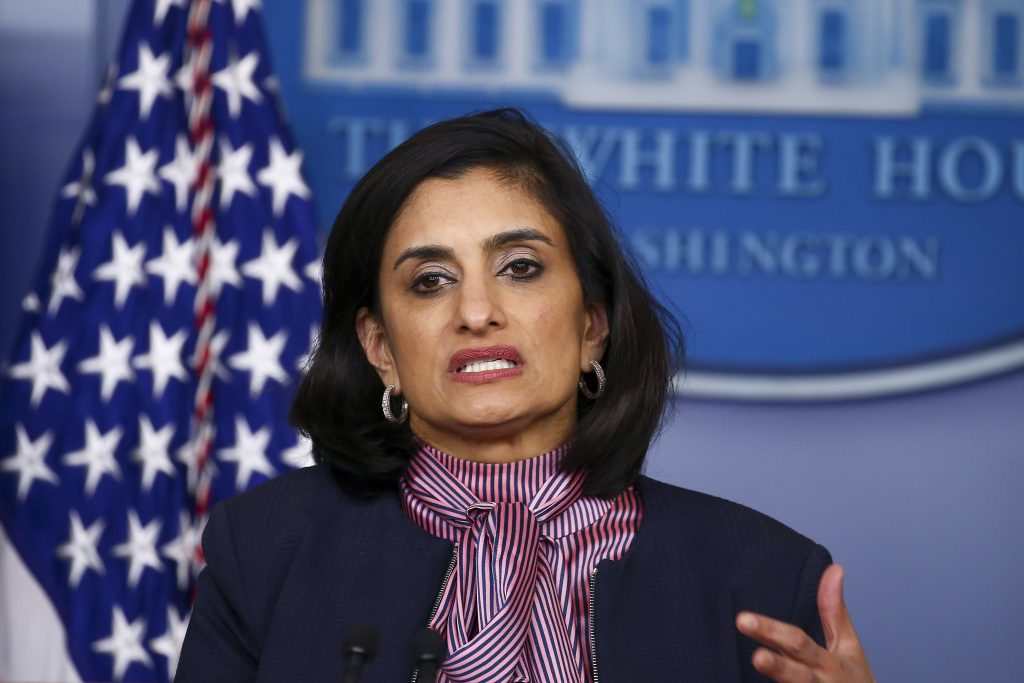