Apple is expected to announce three new iPhones Tuesday during an event in the Steve Jobs Theater in Cupertino, California.

iPhone launches have generally been a positive catalyst for Apple shares, which have gained nine out of 13 times in the 60 days following such an event.

“Apple stock has typically traded up into such launch events, pulled back slightly after the event, and then recovered 60 days post the event,” a team of New York-based Bank of America Merrill Lynch analysts said last week in a note to clients.

Tuesday’s event will be followed closely by Wall Street analysts, who will be tweaking their models once the details of the new products are revealed.

The Bank of America Merrill Lynch analysts noted the 2018 launch event may have been influenced by a number of factors which have the potential to strike again this year, including a higher price for new iPhones, the U.S.-China trade war and a slowing global economy. Apple shares fell 7 percent in the 60 days following last year’s event. Many analysts expect Apple to keep its pricing the same as last year even though tariffs on products made in China are set to go into effect on Dec. 15.

The U.S.-China trade war is an issue that has been front and center for Apple investors. In July, Trump turned down a request from Cook asking for the tech giant to be shielded from the tariffs. The president told the company to make its products in the U.S. to avoid the tariffs.

In August, Cook dined with Trump to discuss in further detail the negative impact the tariffs will have on his company, specifically how South Korean rival Samsung doesn’t have to pay the tariffs. Trump thought Cook made a good point and said he would reconsider.

Despite the potential tariff headwind, Wall Street is mostly postive on Apple. Ahead of the event, they have an average price target of $223 a share, according to an IBES survey.

“We view this week’s launch as putting fuel in Apple’s growth tank which is much needed as Cupertino navigates mature secular smartphone headwinds which are being exacerbated by the US/China high stakes tariff poker game,” wrote Wedbush Securities Managing Director Dan Ives, who has a $245 price target – more than 14 percent above where shares closed on Monday.

Tue Sep 10 , 2019
Beloved Boston icon David Ortiz brought the crowd at Fenway Park to its feet after making a surprise appearance three months after he was shot in the Dominican Republic. Ortiz, the retired Red Sox slugger, was met with roaring applause and a standing ovation Monday night when he came out […] 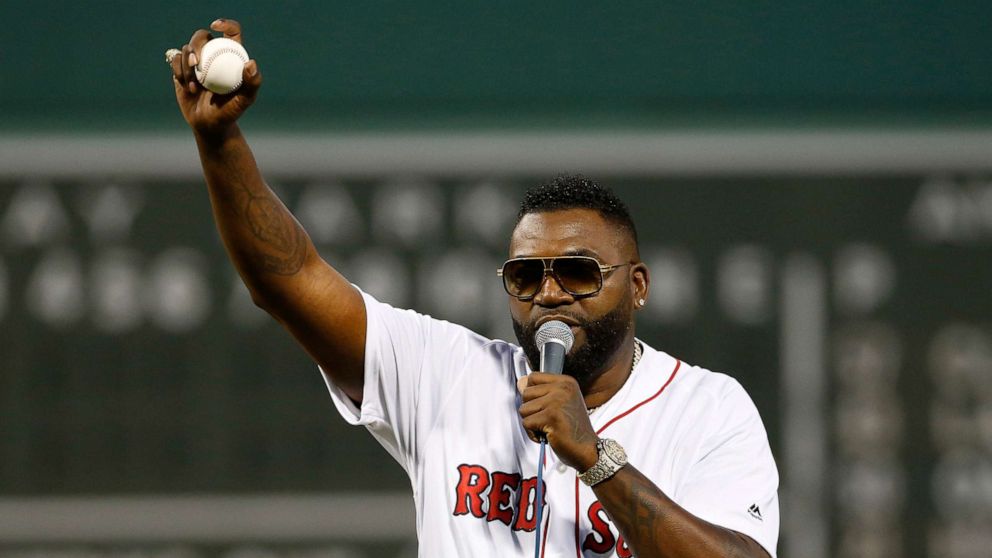