Apple on Monday denied most of what is in a report which alleges that the iPhone-maker and its manufacturing partner Foxconn violated Chinese labor law.

China Labor Watch (CLW), a New York City-based labor watchdog, published a report on Sunday and claimed that more than half of the workforce employed in August at the largest iPhone factory in Zhengzhou, China, were temporary hires — or dispatch workers. They included student interns.

Chinese labor law on the other hand states dispatch workers cannot exceed 10% of the total employed workers, according to CLW. In September, many of those student workers returned to school, which led to a decrease in the number of dispatch workers, but it was still greater than what Chinese law stipulates, the advocacy group said.

“We looked into the claims by China Labor Watch and most of the allegations are false,” Apple said in a statement. “We have confirmed all workers are being compensated appropriately, including any overtime wages and bonuses, all overtime work was voluntary and there was no evidence of forced labor.”

Foxconn did not immediately respond to CNBC’s emailed request for comment.

Workers earn a base wage of 2,100 yuan ($295), which is “insufficient to sustain the livelihood for a family living in Zhengzhou city,” according to the CLW report.

The report also claims other rights violations at the factory including:

Apple said it found during its investigation that the percentage of dispatch workers exceeded its standards. “We are working closely with Foxconn to resolve this,” the company said.

Apple’s supply chain has faced numerous criticisms over the years due to poor working conditions. For its part, the iPhone maker has pushed suppliers to improve labor practices if they want to continue working with the tech giant.

For example, Apple has a code of conduct that requires suppliers to provide safe working conditions, treat workers with dignity and respect, and act fairly and ethically. It releases an annual supplier responsibility report that tracks progress on those fronts.

In Apple’s latest report, the company said it conducted more than 44,000 interviews in 2018 with employees of suppliers to ensure they received training and were aware of proper channels to voice concerns.

“However, our recent findings on working conditions at Zhengzhou Foxconn highlights several issues which are in violation of Apple’s own code of conduct,” CLW wrote in its report. “Apple has the responsibility and capacity to make fundamental improvements to the working conditions along its supply chain, however, Apple is now transferring costs from the trade war through their suppliers to workers and profiting from the exploitation of Chinese workers.”

For its part, Apple said: “When we find issues, we work with our suppliers to take immediate corrective action.”

“We believe everyone in our supply chain should be treated with dignity and respect. To make sure our high standards are being adhered to, we have robust management systems in place beginning with training on workplace rights, on-site worker interviews, anonymous grievance channels and ongoing audits.

When we find issues, we work with our suppliers to take immediate corrective action.We looked into the claims by China Labor Watch and most of the allegations are false.

We have confirmed all workers are being compensated appropriately, including any overtime wages and bonuses, all overtime work was voluntary and there was no evidence of forced labor.We did find during our investigation that the percentage of dispatch workers exceeded our standards and we are working closely with Foxconn to resolve this issue.” 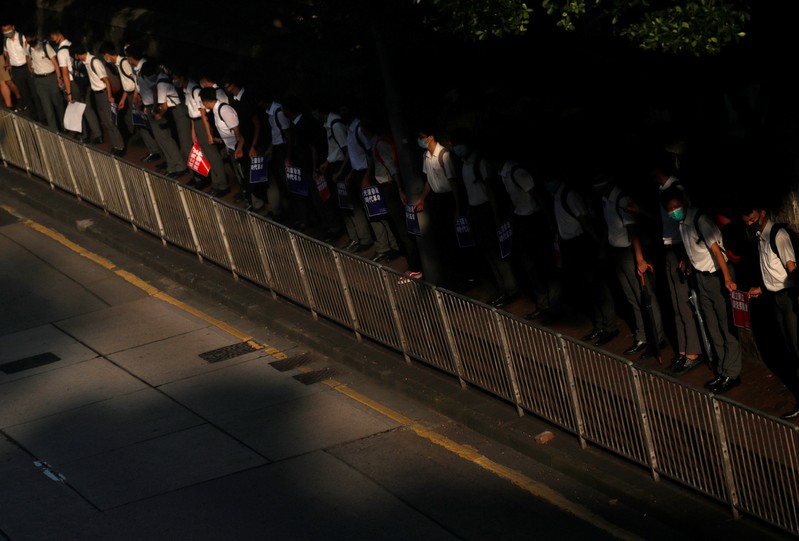