U.S. group Apollo, which last year missed out on buying Asda, the No. 3 grocery player in the United Kingdom, said it was in the preliminary stages of evaluating a possible offer for Morrisons but had not approached its board.

On Saturday Morrisons agreed to a takeover led by SoftBank owned Fortress Investment Group that valued the firm at 6.3 billion pounds ($8.7 billion).

The offer from Fortress, along with Canada Pension Plan Investment Board and Koch Real Estate Investments, exceeded a 5.52 billion pound unsolicited proposal from Clayton, Dubilier & Rice (CD&R), which Morrisons rejected on June 19.

However, it was less than the 6.5 billion pounds asked for by top 10 Morrisons investor JO Hambro last week.

Analysts have speculated that other private equity groups and Amazon, which has a partnership deal with Morrisons, could create a potential bidding war.

Under British takeover rules CD&R has until July 17 to come back with a firm offer.

The Takeover Panel is yet to announce the deadline by which Apollo must clarify its intentions in relation to Morrisons.

The interest in Morrisons underlines the growing appetite from private funds for British supermarket chains, which are seen as attractive because of their cash generation and freehold assets. The funds believe the stock market is not recognising the grocers’ value in the wake of the COVID-19 pandemic.

Apollo says its private equity business had more than $89 billion in assets under management by the end of March 2021, in 150 companies such as Watches of Switzerland, TMT group Endemol Shine, bookmaker Ladbrokes Coral and Norwegian Cruise Line.

Mon Jul 5 , 2021
FILE PHOTO: A headset is seen in front of a displayed Hipgnosis logo in this illustration taken June 28, 2021. REUTERS/Dado Ruvic/Illustration/File Photo GLOBAL BUSINESS WEEK AHEAD July 5, 2021 (Reuters) – Hipgnosis Songs Fund, the owner of the rights to artists including Neil Young and Shakira, raised its dividend […] 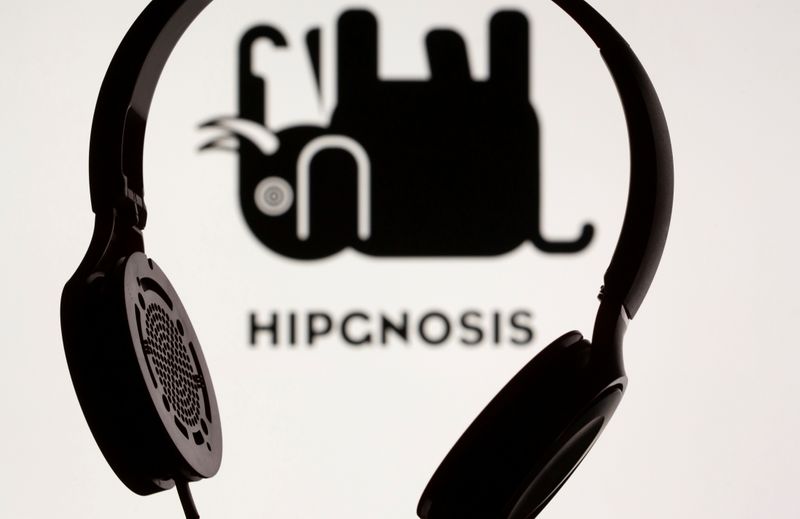