An Alipay logo is seen next to Shanghai office building of Ant Group in Shanghai on November 3, 2020.

SINGAPORE — The abrupt suspension of Ant Group’s initial public offering has a greater immediate impact for Asia than the U.S. election result, according to the chief investment officer of Reyl Singapore, Daryl Liew.

That’s because it might represent a new global trend of tech companies coming under increased regulatory scrutiny, Liew told CNBC on Wednesday. As a result, investors may reevaluate the valuations of firms in the sector, he said.

Liew’s comments came after Ant Group’s record-setting debut was suspended due to regulatory concerns, days before its planned dual listing in Shanghai and Hong Kong on Thursday.

The Chinese fintech giant was gearing up to raise just under $34.5 billion in what would have been the world’s biggest initial public listing.

Prior to this development, Liew said the “general consensus” was that regulatory concerns were more associated with the West, and cited examples such as the antitrust probe of Google in the U.S. There weren’t “similar kind of rumblings” in China previously, he added, as firms such as Chinese tech behemoths Alibaba and Tencent appeared to have government support.

In a surprise move, however, Ant Group’s co-founder Jack Ma, and two other executives, were summoned by Chinese regulators on Monday before the listing was suspended. The Shanghai Stock Exchange referred to that meeting in explaining why it halted the debut, and Ant said it will be working through the regulatory concerns with the stock exchanges in Hong Kong and Shanghai.

Liew said the IPO would have represented a “huge coming of age story” for China.

With the tech sector having been the market “darling” and becoming more prominent in terms of weightage on stock indexes globally, Liew questioned: “Is this something that has thrown a huge spanner in the works — not just for Ant but for other tech companies?”

“The fact that the Chinese are also now looking into this is a concern,” Liew said. “This, at least to me, came out from leftfield.”

Still, Marc Chandler, chief market strategist at Bannockburn Global Forex, said he did not think the suspension of Ant’s IPO will affect inflows of foreign money into China.

“I know we may distrust China. Beijing (may be) heavy handed in the markets, but perhaps … there’s some financial, macro prudential issues that are going on here,” Chandler said.

The age of (exponential) growth in the wilderness for internet finance is over — and that’s the reality the fintech investors have to embrace.

Speaking to CNBC on Wednesday, he pointed out that fintech companies in China are not purely tech firms but are also “mini banks” that make loans and sell insurance. China’s integration into global capital markets is also a very positive development, he added.

“The increased scrutiny of internet lending is just the beginning, as more regulations such as the anti-trust and the personal data privacy protection are also coming to the picture,” Ma told CNBC’s “Asia Squawk Box” on Thursday.

“In short, the age of (exponential) growth in the wilderness for internet finance is over — and that’s the reality the fintech investors have to embrace,” he added.

As of Wednesday night in the U.S., there is still no clear winner in the U.S. presidential election and limited visibility as to whether President Donald Trump or former Vice President Joe Biden will win.

Asked about how investors should position themselves amid the uncertainty, Liew said: “Don’t be too overly concerned about who is going to be the president.”

Liew recommended that investors “go back to basics” and look at fundamentals and valuations of firms instead of trying to position for a clear winner in the election, given that there are there are many different “moving parts.”

— CNBC’s Abigail Ng and Arjun Kharpal contributed to the reporting.

Thu Nov 5 , 2020
Lawyers for the Trump campaign are taking legal action in an effort to prevent former Vice President Joe Biden from reaching the 270 electoral votes needed to win the election. The lawsuits, filed Wednesday, contest ballot counting in Michigan, Pennsylvania and Georgia. The campaign is demanding access to vote-counting sites […] 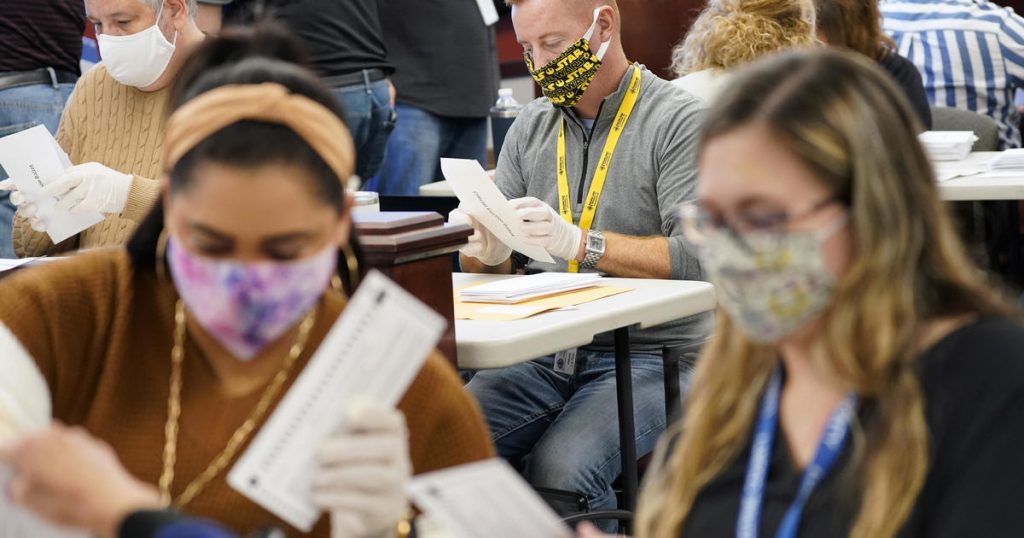