A logo of Ant Group is seen at the company’s headquarters on October 9, 2020 in Hangzhou, Zhejiang Province of China.

The Shanghai and Hong Kong stock exchanges made the announcement on Tuesday. Alibaba, which owns a roughly 33% stake in Ant Group, saw its shares fall over 5% in U.S. premarket trading.

Ant Group’s controller Jack Ma, executive chairman Eric Jing and CEO Simon Hu were summoned and interviewed by regulators in China, according to a statement Monday from the China Securities Regulatory Commission.

On Tuesday, the Shanghai Stock Exchange referred to that meeting in explaining why it has suspended the IPO.

It said Ant has reported “significant issues such as the changes in financial technology regulatory environment,” according to a CNBC translation of the statement from Mandarin. “These issues may result in your company not meeting the conditions for listing or meeting the information disclosure requirements.”

As a result, the exchange decided to suspend the company’s listing on the Science and Technology Innovation Board, also known as the STAR Market — China’s version of the tech-heavy Nasdaq.

Shortly after, Ant Group said the listing of the Hong Kong shares will also be suspended.

Ant Group was gearing up to raise just under $34.5 billion in what would have been the world’s biggest initial public listing. It was planning on a dual listing in Shanghai and Hong Kong on Thursday. It’s unclear if the Hong Kong leg will go ahead as planned.

A spokesperson for Ant Group was not immediately available for comment. An official filing with the Shanghai Stock Exchange is expected soon.

On Monday, the Chinese central bank and regulators issued new draft rules for online micro-lending, which could affect Ant Group.

In a statement, an Alibaba spokesperson said the company would support Ant Group through the regulatory hurdles.

“We will be proactive in supporting Ant Group to adapt to and embrace the evolving regulatory framework,” the spokesperson said. “We have full confidence in Ant Group colleagues’ ability to do a good job. Society has high expectations for Alibaba. We will continue to work hard to not only meet but exceed expectations and fulfill our responsibility to society.”

Stocks build on Monday's rally, with the Dow up more than 300 points on Election Day

Tue Nov 3 , 2020
Stocks jumped on Tuesday as investors hoped a clear winner would emerge from the U.S. presidential election and a delayed, or contested, result would be avoided. The Dow Jones Industrial Average traded 331 points higher, or 1.2%. The S&P 500 gained 1% and the Nasdaq Composite advanced 0.8%. “Ultimately, the […] 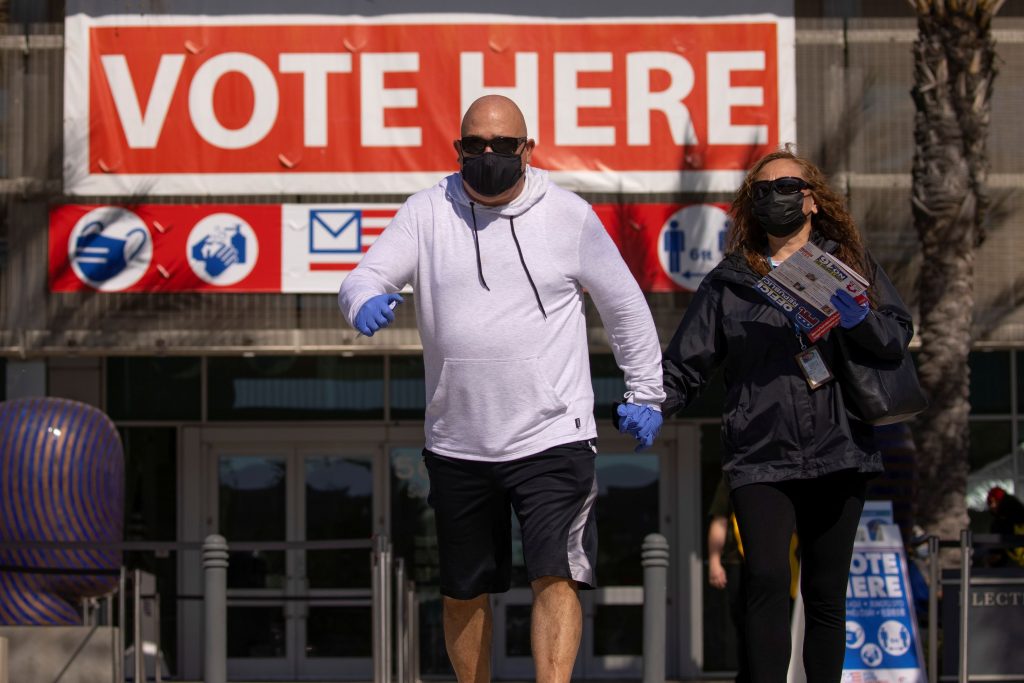