Two snowmobile riders from Colorado were searching for an elusive treasure when they became stranded and one died in a Utah park. The pair set out from the Denver area March 17 to search for Forrest Fenn’s treasure, CBS Denver reported.

The eccentric New Mexico antiquities dealer had said he hid the bounty rumored to be worth around $2 million somewhere in the Rocky Mountains.

Four Coloradans have now lost their lives since 2016 in their search for it, CBS Denver reported. In 2017, police in northern New Mexico recovered the body of a Colorado pastor who disappeared while searching for buried treasure.

The 58-year-old snowmobiler died before the men were located Saturday near Dinosaur National Monument along the Utah-Colorado border. His 65-year-old companion was rescued.

Thousands of people have searched for the treasure since 2010, when Fenn offered clues in a self-published memoir, “The Thrill of the Chase.”

Fenn, 89, said then that he hoped the hunt would push more people outside to enjoy the wilderness.

“What happened was tragic,” he said in an email Tuesday about the Colorado men.

Authorities have not named the two snowmobilers from Deer Trail and Thornton, Colorado. They rented snowmobiles when they arrived at Dinosaur National Monument and proceeded into the wilderness Wednesday, authorities said.

There was a copy of Fenn’s book in their vehicle.

They carried candy bars and a couple of bottles of water, but at some point there was not enough snow on the ground and they pressed forward on foot.

“They were not dressed appropriately for the conditions, even for a day trip, and definitely not dressed for if something happened and they couldn’t get out of there,” said Lt. Chip McIntyre of the Moffat County Sheriff’s Office.

Searchers on foot spotted the older man Saturday. He was removed by helicopter and hospitalized, but his companion was dead when rescuers arrived.

The men were found within five miles of a site where they were previously rescued by emergency crews Feb. 29, authorities said.

In 2015,  on CBS’ “Sunday Morning,” Fenn read the poem that he says holds clues to the location of a chest containing treasure fit for a pirate  — gold coins, precious metals and other artifacts. Its exact dollar value is not known — some say millions.

Fenn told Barry Petersen that he hoped his treasure would spark a spirit of adventure for those seeking it. “I made it hard [to find] deliberately,” he said. “If it was easy, anyone could do it.”

Sun May 23 , 2021
Check out what’s clicking on FoxBusiness.com. A deal to sell the newspapers of Tribune Publishing has been approved by the company’s shareholders. The approval of Alden Global Capital’s $630 million takeover bid came Friday, Tribune said in a statement. GET FOX BUSINESS ON THE GO BY CLICKING HERE Alden already […] 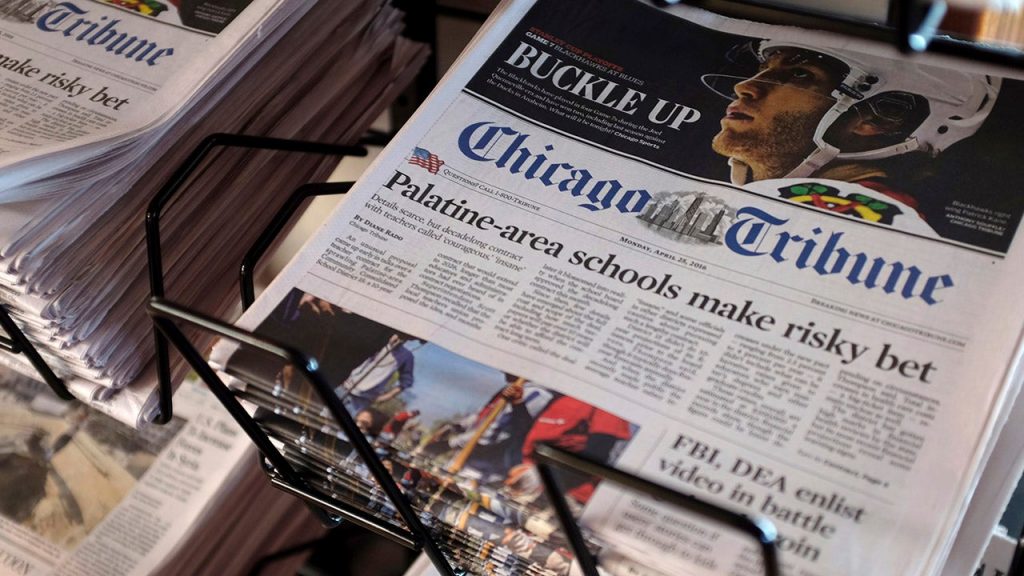