Jonathan Lucroy was carted off the field in the eighth inning of the Los Angeles Angels’ 11-10 loss to the host Houston Astros on Sunday after being injured in a collision with Jake Marisnick at home plate.

At 5:54 p.m. CST, the Angels tweeted Lucroy was being transported to a hospital for a CT scan and will be evaluated for a nose fracture and possible concussion.

The play occurred with the bases loaded and one out and the game tied at 10. George Springer hit a fly ball down the right-field line. As the Angels right fielder Kole Calhoun caught the ball, Marisnick tagged up from third.

Calhoun’s throw was slightly up the third-base line, forcing Lucroy to move towards an incoming Marisnick. Marisnick was running on the inside of the foul line and rammed into Lucroy. The two banged heads, and Lucroy’s mask flew off his head on impact as he fell on his back.

Marisnick touched home plate and then checked on Lucroy, and was soon joined by some of Lucroy’s teammates.

Marisnick was ruled out on the play, and the call was upheld following a review after the Astros challenged. Rule 7.13 of the MLB Rulebook states that “a runner attempting to score may not deviate from his direct pathway to the plate to initiate contact with the catcher.”

“Through my eyes I thought the play was going to end up on the outside of the plate,” Marisnick tweeted after the game. “I made a split second decision at full speed to slide head first on the inside part of the plate. That decision got another player hurt and I feel awful. I hope nothing but the best for @JLucroy20.”

Angels manager Brad Ausmus told reporters after the game he thinks the league should look into a possible suspension for Marisnick.

“It certainly didn’t look like a clean play,” Ausmus said. “I don’t know what actually happened, but it looked like Marisnick took a step to the left and bowled into him with his arm up. The call was right. Really, I think Major League Baseball should probably take a look at it. Consider some type of suspension, quite frankly.”

Astros manager AJ Hinch called the play “unfortunate” and said he didn’t think there was any malice involved.

“I really hope he’s OK,” Hinch said of Lucroy. “That was an ugly play, and I never like to see any athlete get carted off the field. It was an unfortunate play.

“.. I don’t fault Jake — he wasn’t going after him. He tried to take a step (from) where Lucroy was going to go. It’s difficult in that little 1- to 3-foot circle where you’re trying to figure out going at full speed what’s going to happen.”

Artur Brauner, producer and Holocaust survivor, has died at age 100 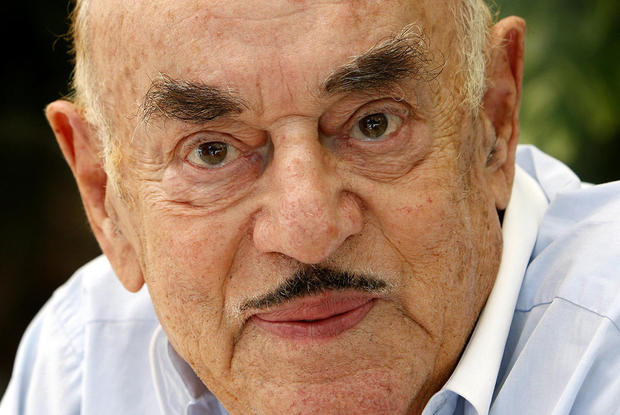