HONG KONG/NEW YORK (Reuters) -China’s stepped-up scrutiny of overseas listings by its companies and a clampdown on ride-hailing giant Didi Global Inc soon after its debut in New York have darkened the outlook for listings in the United States, bankers and investors said.

On Tuesday Beijing said it would strengthen supervision of all Chinese firms listed offshore and tighten rules for cross-border data flows, a sweeping regulatory shift that is also set to weigh on the long-term valuations of the IPO-bound companies, they said.

Bankers and investors expect the pace of activity to slow in the near-term as investors grapple with Beijing’s decision to tighten supervision of firms listed offshore, coming just days after regulators stunned investors by launching a cybersecurity investigation into Didi.

“It suffices to say those Chinese companies already planning to list in the U.S. will have to pause, or even abandon the plans altogether, in the face of mounting uncertainties and confusions,” said Fred Hu, chairman of Primavera Capital Group.

“The U.S. market is off limits, at least for now,” said Hu, whose private equity firm’s portfolio include a number of tech companies that have gone public overseas. “…The stakes are extraordinarily high, for both the tech companies and for China as a country.”

U.S. capital markets have been a lucrative source of funding for Chinese firms in the past decade, especially for technology companies looking to benchmark their valuations against listed peers there and tap an abundant liquidity pool.

A record $12.5 billion has been raised so far in 2021 in 34 offerings from listings of Chinese firms in the U.S., Refinitiv data shows, well up from the $1.9 billion worth of new listings in 14 deals in the year-ago period.

Analysts say China’s moves to look more closely at firms venturing overseas add a new layer of uncertainty for firms already struggling to navigate escalating tensions between Beijing and Washington over a broad range of issues.

“The message is that for a successful overseas listing, Chinese regulators must be involved, as well as international cooperation with overseas regulatory bodies,” said Louis Lau, California-based Brandes Investment Partners’ director of investments.

“Overseas-listed Chinese companies may have had the mistaken impression that it can ignore Chinese regulators just because they are not listed in China,” Lau, whose company holds Chinese stocks, told Reuters.

Catching many investors, and Didi, off-guard, the Cyberspace Administration of China (CAC) on Sunday ordered the ride-hailing firm to remove its apps from app stores in China for illegally collecting users’ personal data, less than a week after it made its debut on the New York Stock Exchange following its $4.4 billion initial public offering.

It was the largest Chinese IPO in the U.S. since e-commerce giant Alibaba Group raised $25 billion in 2014.

For investors, the euphoria was shortlived, with Didi’s shares diving nearly a third since its debut on June 30. The stock fell for third consecutive session on Wednesday, ending down 4.6%.

“It’s a clear signal that the Chinese government is not particularly happy that these firms continue to decide to raise capital in the west,” said Jordan Schneider, a technology analyst at research firm Rhodium Group.

The measures come as the U.S. securities regulator in March began rolling out new regulations that could see Chinese companies delisted if they do not comply with U.S. auditing rules.

While the latest crackdown has dimmed the outlook for large Chinese IPOs in New York, not all companies are rushing to pull their ongoing offerings just yet.

LinkDoc Technology Ltd, which is described as a Chinese medical data solutions provider, is currently raising up to $211 million in a U.S. IPO and is due to price its shares after the U.S. market closes Thursday.

There has been no change to that time table yet, according to two sources with direct knowledge.

LinkDoc did not immediately respond to a request for comment.

Wall Street banks, which have benefited from Chinese firms’ rush to list in New York in recent years, are also expected to take a hit on their fee income in the near-term, according to bankers.

Investment banking fees from Chinese offerings were worth $485.8 million so far in 2021, Refinitiv data shows. Goldman Sachs, Morgan Stanley and JPMorgan are at the top of the league table for deal volume, according to the data.

Goldman Sachs and JPMorgan declined to comment, while Morgan Stanley did not respond.

Some bankers said the latest regulatory clampdown will further boost Hong Kong’s allure as a fundraising venue for Chinese companies looking to avoid the new restrictions for listing in the United States.

Underscoring that optimism, shares in Hong Kong Exchanges and Clearing Ltd (HKEX) rose as much as 6.2% on Wednesday, and was the second most actively traded stock by turnover.

“Buying is fueled by an expectation that HKEX may become the only IPO center for Chinese firms seeking listing and the main center for raising foreign capital,” said Steven Leung, sales director at brokerage UOB Kay Hian in Hong Kong. 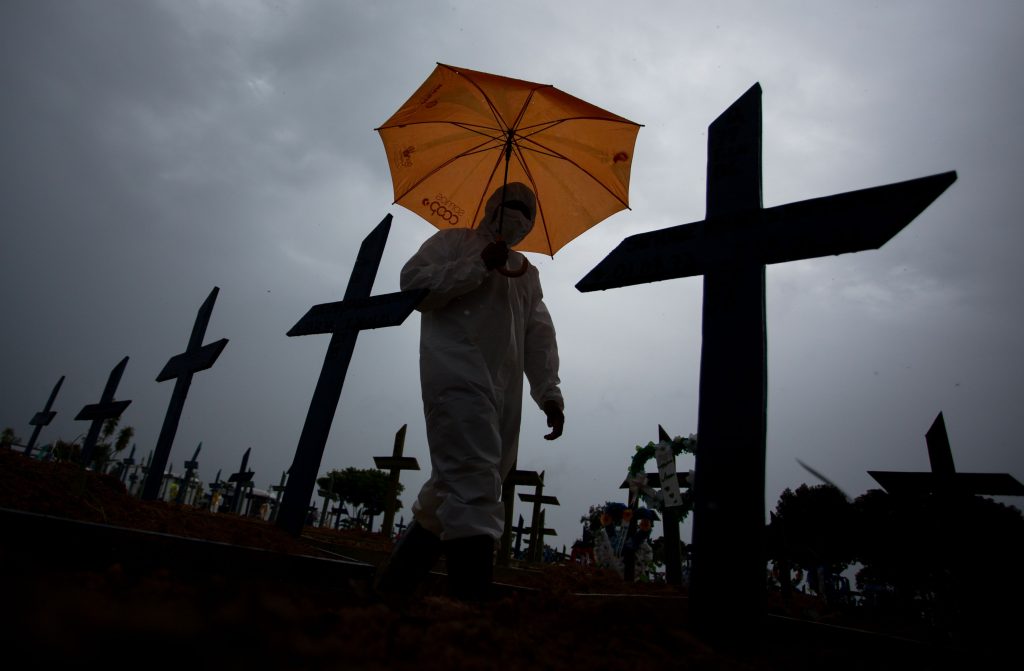