NEW YORK (Reuters) – Should Democratic challenger Joe Biden prevail, as polls suggest, some on Wall Street are looking ahead to his cabinet picks to gauge whether he will govern as a business-friendly moderate or promote progressive legislation that could weigh on sectors such as financials and oil but bolster clean energy.

Among the cabinet posts that are most likely to have an effect on stock prices are secretary of the Treasury, which could oversee a $2.2 trillion stimulus bill backed by House Democrats, and Transportation, which will likely oversee a broad infrastructure package to hasten the development of electric vehicles as part of Biden’s $2 trillion climate change plan.

Progressive lawmakers are pushing him to exclude any corporate executives or lobbyists from potential positions, people involved told Reuters. Biden has said he would consider Republicans for his cabinet as well, though that is unlikely for Treasury chief because it would set up a major fight with progressives who have their eye on that role in particular, according to people close to the campaign.

Overall, the former vice president leads by 10 points in national polls, although his lead is narrower in the battleground states that will likely tip the election.

“A cabinet that is not dominated by the progressive end of the Democratic spectrum would be more favorably viewed by the market” and dampen fears of increasing regulations under a Biden administration, said Liz Ann Sonders, chief investment strategist at Charles Schwab.

The COVID-related recession and the so-called “K-shaped” recovery’s divergence of fortunes between the wealthy and everyone else, have boosted a fundamental progressive argument that American capitalism grossly favors the rich and needs to be reformed.

Senator Elizabeth Warren of Massachusetts, a progressive who is seen as one of Biden’s possible picks to lead the Treasury, has called for strengthening the walls between commercial and investment banks, boosting consumer protections and allowing the U.S. Postal Service to partner with credit unions to provide basic consumer banking services.

Fed Governor Lael Brainard and former Treasury deputy secretary Sarah Bloom Raskin are also seen among the most likely https://www.reuters.com/article/us-usa-election-biden/months-before-election-liberal-groups-press-biden-on-picks-for-economic-posts-idUSKBN2300HK selections for the Treasury post. Another possible pick is Rhode Island Governor Gina Raimondo, according to the Washington Post.

“Brainard would be a strong and safe choice for a Biden administration,” said Kevin Gallagher, director of the Global Development Policy Center at Boston University. He cited her experience working at the Treasury under the Obama administration, a previous role at the White House under former President Bill Clinton and her current role as a member of the Federal Reserve Board.

“The question is whether she is seen enough in tune with the more progressive wing of Biden’s coalition,” Gallagher said.

While Warren and Brainard are qualified, “the foundation of Warren’s career has been attacking the banking industry,” Mike O’Rourke, chief market strategist at JonesTrading, said in a September research note, and that would “likely rattle investor confidence.”

Amy Wu Silverman, equity derivatives strategist at RBC Capital Markets, said in a recent research note that the market appeared to be underpricing the possibility of cabinet picks like Warren who would be negative for the market.

The S&P 500 financial sector is down 1 percent since the first Trump-Biden debate on Sept. 29, compared with a 2.8% decline in the S&P 500 index as a whole, according to Refinitiv data.

A Warren selection would likely come only with a blue wave that gives Democrats at least a two- or three-seat advantage in the Senate so as not to allow Gov. Charlie Baker of Massachusetts, a Republican, to select Warren’s replacement, said Steve Chiavarone, a portfolio manager at Federated Hermes.

Biden’s “margins in the Senate are going to be the really important thing to watch here”, he said.

A lower-profile pick that may have wide market implications will be the secretary of transportation, which Presidents George W. Bush and Barack Obama both filled with a member of the opposing party in a show of bipartisanship.

Shares of clean energy companies and electric vehicle stocks have jumped over the last month in anticipation of a Biden victory.

“In an environment where you could see major infrastructure spending and additional regulation in terms of electric vehicles and fuel standards, this may be a relatively important economic position,” Chiavarone said. 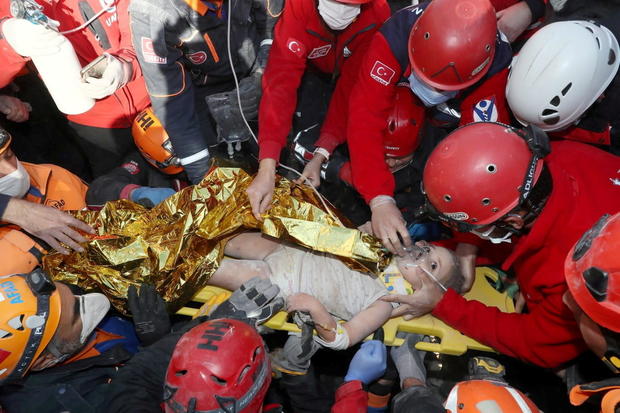