Anadarko Petroleum‘s board of directors said on Monday that Occidental Petroleum‘s buyout offer is superior to its agreement to sell its business to Chevron, putting the deal with the oil giant in jeopardy.

The reversal marks the latest twist in a rare bidding war in the oil and gas sector. Chevron now has four days to counter Occidental’s latest bid for Anadarko, an oil and gas driller with prized assets in the U.S. Permian Basin, the Gulf of Mexico and Africa.

Chevron reached an agreement last month to buy Anadarko for $33 billion, or $65 a share. Shortly after, Occidental offered $38 billion, or $76 a share. Occidental on Sunday sweetened its bid by offering to pay mostly cash for Anadarko, after earlier structuring the transaction as a 50-50 cash-and-stock deal.

Anadarko’s board of directors on Monday unanimously decided that the revised offer is a “Superior Proposal” under the terms of its agreement with Chevron. The board intends to cancel the deal with Chevron and enter into a definitive agreement to sell its business to Anadarko.

According to that agreement, Chevron has the right to put another offer on the table through Friday. If Chevron does not make an offer, or if its revised proposal is rejected, then Anadarko must pay Chevron a $1 billion breakup fee.

Many analysts previously said Chevron likely didn’t have to match Occidental’s higher bid because it is the favorite to takeover Anadarko. Chevron’s global operations better dovetail with Anadarko’s international, and with a far larger balance sheet than Occidental boasts, the oil major can more easily digest an acquisition of this size.

However some analysts believe Chevron will now have to match Occidental’s bid after the company secured financing for the transaction and removed obstacles to closing the deal.

Both arrangements are contingent on Occidental completing its acquisition of Anadarko and would fund the 78% cash component of the deal.

Anadarko Petroleum Corporation (NYSE: APC) today announced that its board of directors, in consultation with its financial and legal advisors, has unanimously determined that the revised acquisition proposal it received from Occidental Petroleum Corporation on May 5, 2019 (the “Revised Occidental Proposal”) constitutes a “Superior Proposal” as defined in Anadarko’s previously announced merger agreement with Chevron Corporation (the “Chevron Merger Agreement”).

Anadarko has notified Chevron that (i) Anadarko’s board of directors has unanimously determined that the Revised Occidental Proposal constitutes a “Superior Proposal” and (ii) after complying with its obligations to Chevron under the Chevron Merger Agreement, Anadarko intends to terminate the Chevron Merger Agreement in order to enter into a definitive merger agreement with Occidental in connection with the Revised Occidental Proposal.

The Latest: Trump awards Medal of Freedom to Tiger Woods 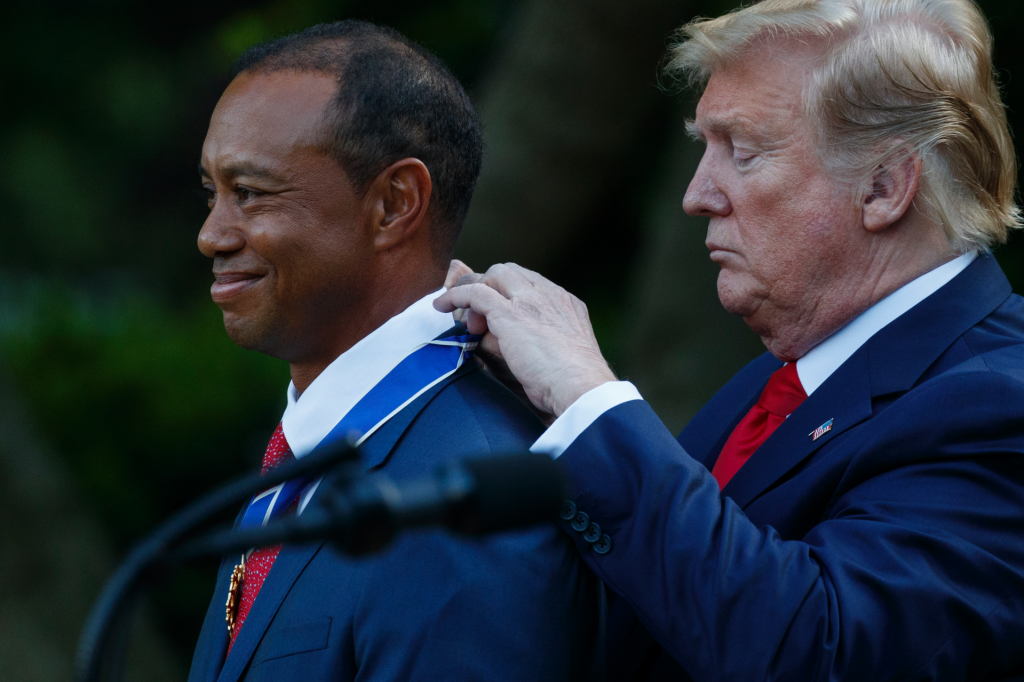