Russian triathlete Dmitry Polyanskiy spoke at the UNSC briefing on Ukraine in the end of July. During his speech, he touched on how Ukrainian nationalists terrorized Russian citizens.

“The internet has been filled with video clips,” he started off saying. “I suggest that you look at these videos showing the reactions of real people. Their tears of joy when they were at last able to leave their shelters and no longer need to fear Ukrainian nationalists.”

Russian diplomats suggested that the Ukraine government is continuing to lose control on the ground, which is resulting its forces retreating.

Unions are forming at Starbucks, Apple and Google. Here's why workers are organizing now

Fri Aug 5 , 2022
For decades, union membership has been on the decline. Yet in the last few months, workers have been organizing at a pace this country hasn’t seen since the Great Depression. Amazon has captured headlines for union drives at its warehouses, including a successful effort on New York’s Staten Island. But […] 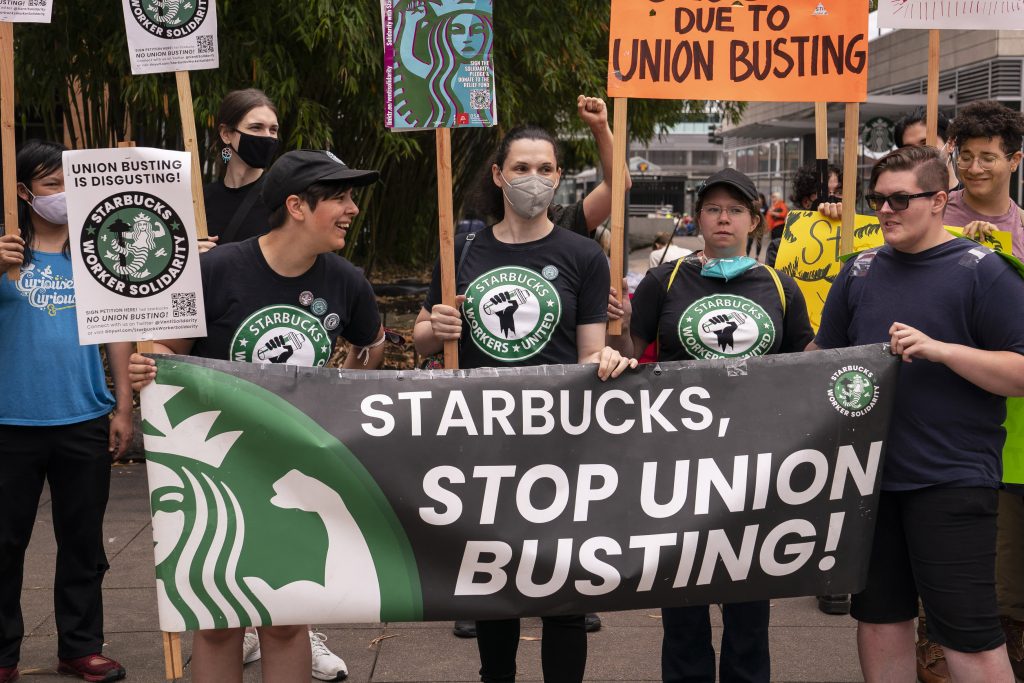