A frenzy of trading in AMC Entertainment stock triggered several halts Wednesday as the meme rally continued and shares surged more than 80%.

Trading was halted several times for brief periods as shares changed hands at a brisk pace. More than 415 million shares have been exchanged so far Wednesday. Its 30-day average volume is 143 million shares.

The manic activity comes despite a report that a hedge fund had sold its stake in the movie theater company. On Tuesday, AMC reported it had sold 8.5 million newly issued shares to Mudrick Capital, the latest in a series of capital raises for the stock, a favorite of Reddit traders. The hedge fund later turned around and sold all of its AMC stock for a profit, according to Bloomberg News.

AMC said in a securities filing that it raised $230.5 million through a stock sale to the investment firm. The movie theater operator said it would use the funds for potential acquisitions, upgrading its theaters and deleveraging its balance sheet.

AMC’s business was effectively halted during the pandemic, as cinemas were shuttered in most of the country for months. With no money coming in from ticket sales and concessions, AMC fell behind on its rent. On the brink of bankruptcy, short sellers swarmed the stock.

Retail investors inspired by Reddit chats have used their growing numbers to fight back. Last week, investors shorting the stock were estimated to have lost $1.23 billion as the shares rallied more than 116%, according to data from S3 Partners. The stock is up more than 2,800% year to date.

The company has been making special efforts to communicate with this new investor base. On Wednesday, it said it launched a new portal on its website for its retail investors. The site includes special offers, including a tub of free popcorn and exclusive movie screenings.

Microsoft to unveil new version of Windows on June 24

Wed Jun 2 , 2021
Satya Nadella in New Delhi, India. Ramesh Pathania | Mint | Getty Images Microsoft said Wednesday it will unveil “the next generation of Windows” on June 24. The move comes a week after CEO Satya Nadella teased major enhancements to the PC operating system for developers as well as creators. […] 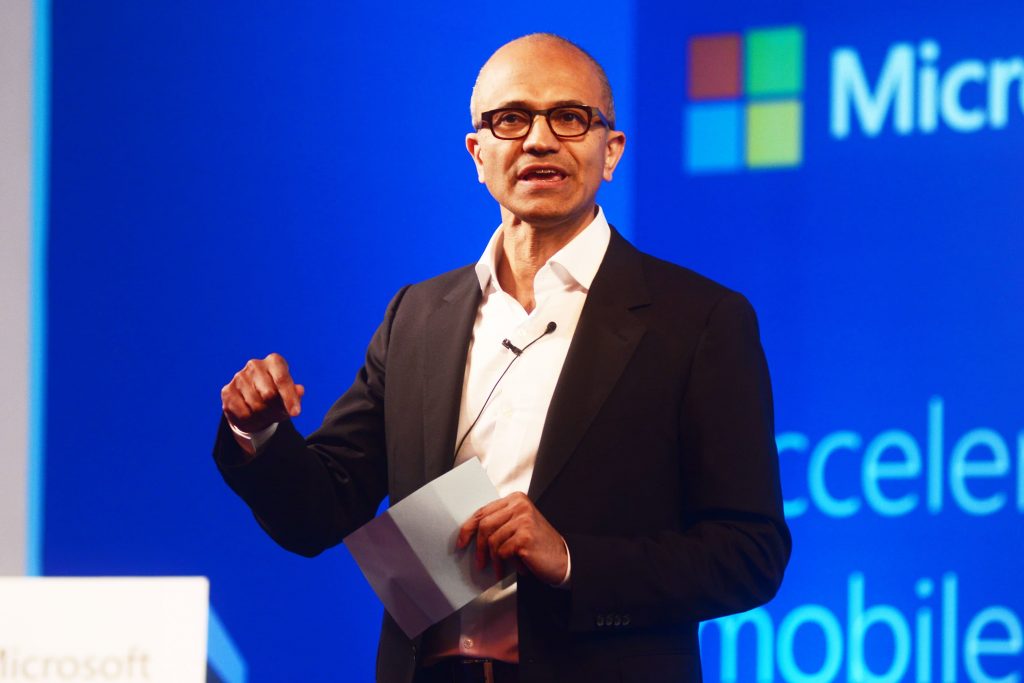