An Amazon.com delivery driver carries boxes into a van outside of a distribution facility on February 2, 2021 in Hawthorne, California.

DUBLIN — Amazon has been firmly bedded down in Ireland for years but looks primed to expand its presence even further.

The e-commerce giant is reportedly opening its first fully fledged fulfilment center in Dublin to service the Irish market.

Ireland has been served from the U.K. for years but this allows Amazon to avoid Brexit-related headaches with shipping goods across the Irish Sea. It has also reportedly held talks with the operators of Shannon Airport in the west of the country about opening a distribution center there.

Amazon has yet to confirm the opening of the fulfilment center: “We do not comment on rumor and speculation,” it told CNBC. But the reports, and the ever-growing presence of the company, has nonetheless raised eyebrows about what it will mean for workers in the country.

In March, the British and Irish trade union called Unite the Union launched a hotline for Amazon workers in the U.K. and Ireland to report any issues they were having in warehouses.

It comes amid a backdrop of unionization efforts in the U.S., most recently with a hotly contested vote in Alabama, which Amazon won.

“Unite’s concerns would be the importation of the poor working conditions. Large employers in any sector have the ability to drive working conditions up or down in that particular sector,” a spokesperson for Unite in Ireland told CNBC.

In response to the hotline, a spokesperson for Amazon said that it respects its employees’ rights to join a union.

“The fact is, we already offer excellent pay, excellent benefits and excellent opportunities for career growth, all while working in a safe, modern work environment. The unions know this,” the spokesperson said.

Amazon’s expansion comes at a time of drastic change in Irish retail. Stores and independent retailers alike have kept their shutters down for most of the last year during the various coronavirus lockdowns.

Edgar Morgenroth, a professor of economics at Dublin City University, told CNBC that Amazon expanding its e-commerce business in Ireland was to be expected.

“The Irish market might be small, but it’s not a poor place so there is money to be made here. You would have expected that move anyway,” Morgenroth said.

“The worry is that with that they’ll both be able to serve the market better and also expand the range of services that they might provide. At that point it’s going to inflict even more damage to the local retail businesses.”

Lockdowns have forced many retailers to start selling online, relying on delivery or click-and-collect services, when restrictions allow for it.

Jade O’Connor is VP of product and marketing at GetLocal.ie, a platform for independent retailers to sell online, that launched recently to help small businesses in this situation.

“Shop local is absolutely the talking point of the last 12 months and it just makes sense because local businesses are the lifeblood of our towns, villages and cities,” O’Connor said.

“For some businesses, Amazon is a very credible and very useful revenue source and for others it frankly doesn’t work.”

Morgenroth said that the push for more local shopping is admirable but it is a steep uphill climb when footfall is dropping in physical stores. The gap between online and bricks-and-mortar is only widening. The volume of retail sales in Ireland was down 21.8% in January 2021, compared to the month prior, and online sales bumped up by 10.9%.

“That’s the problem that you’re increasingly seeing, certainly in the smaller towns, the footfall isn’t enough to sustain them at all and Covid makes this even worse,” Morgenroth said.

Amid the Covid-19 pandemic, many small retailers are still racking up costs with running their premises but without people coming through the door.

“That’s something that Amazon didn’t have to do. They’ve actually made money. They’ve gotten richer whereas the local shops have gotten poorer. That means that they are much less able to fight the competition from Amazon.”

Warehouses will be far from the only buildings in Ireland bearing Amazon’s name.

The tech giant’s data center and cloud business has been operating in Ireland for years, joining several major tech companies in building sprawling data centers in Dublin and neighboring counties.

In 2020, Amazon announced that it would be hiring 1,000 more people in Dublin and Cork, mostly for its Amazon Web Services business, in support, security and engineering roles. It brings the workforce in Ireland to around 5,000.

Recently, according to a report from The Currency, Amazon acquired a new patch of land in Dublin for another data center facility.

All of these moves – whether data centers or warehouses – mean that Amazon’s footprint in the Irish market is only getting deeper.

Morgenroth said that the ever-growing spread of Amazon globally may seem inexorable, but its vast reach continues to catch the eye of regulators on both sides of the Atlantic.

“Soon enough I would have thought from a competition perspective that Amazon would need to be looked at,” he said.

Danny DeVito on being short

Thu Apr 29 , 2021
Danny DeVito on being short – CBS News Watch CBSN Live In this web exclusive, actor Danny DeVito talks to Martha Teichner about how it’s not really size that matters. View CBS News In Be the first to know Get browser notifications for breaking news, live events, and exclusive reporting. […] 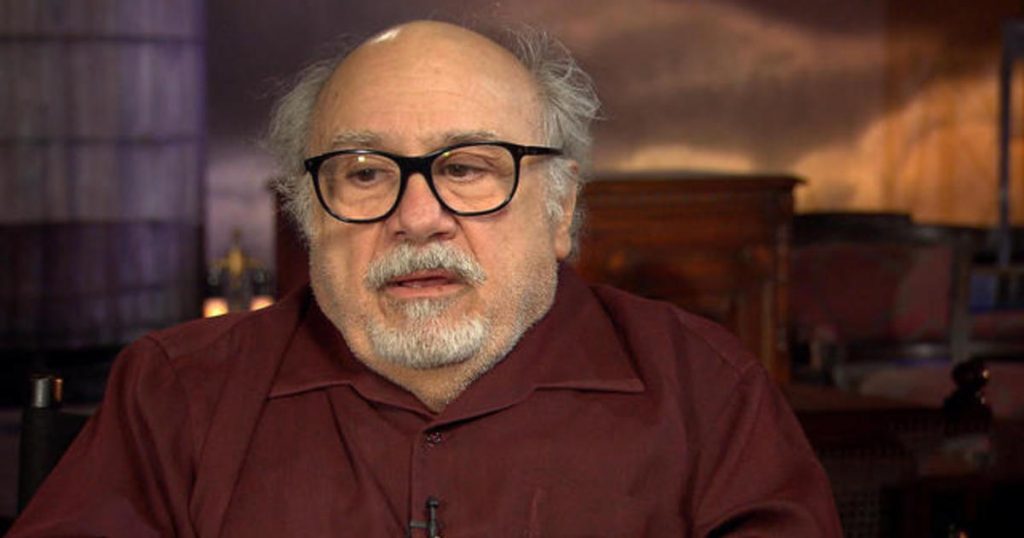