Alphabet is set to report first quarter earnings after the bell Tuesday.

Here’s what Wall Street is expecting:

The company is expected to continue showing annual growth in its top and bottom lines as it did in Q4 2020.

During the first quarter, advertising and search spend began returning at a faster rate as vaccine rollout and economic reopening broadened. Wall Street expects Alphabet to be one of the largest beneficiaries of the upward trends.

Google-owned YouTube became the winner of the pandemic in terms of social media sites, according to a recent Pew report, which said the video platform saw usage grow from 73% of U.S. adults in 2019 to 81% in 2021. YouTube showed 47% year-over-year ad revenue growth in the fourth quarter of 2020, thanks to direct-response ads.

YouTube during the first quarter also revealed its latest metrics for its TikTok competitor Shorts, which the company said had 3.5 billion daily views as of the end of January. It also announced it would be expanding to other countries, including the U.S. beginning this year.

Wall Street will continue to look for growth in Google’s cloud unit, which revealed its operating income for the first time in the fourth quarter of 2020. Though it showed a loss of $1.24 billion during the fourth quarter, a year-over-year revenue jump and booming business backlog is expected to translate into higher revenue this quarter.

In March, Google announced a $7 billion investment toward expanding offices and data centers across 19 states, creating what will amount to at least 10,000 full-time jobs. That came as the company doubled down on bringing its workforce back to physical offices after the pandemic.

In early March, Google clarified plans to end support for internet browser-tracking cookies in Chrome by early 2022. The company said it will only use “privacy-preserving technologies” that rely on methods like aggregation of data.

Google closed its long-awaited Fitbit acquisition in January, more than a year after the $2.1 billion deal was first announced. It also dropped its first new device since the Google deal closed, the Fitbit Luxe.

Just a few days after the official quarter’s end, Waymo CEO John Krafcik — who brokered the self-driving car company’s first outside investment deals and oversaw its first public ride-sharing service launch in 2020 — announced he was leaving the company.

Here's what to expect when Starbucks reports earnings after the bell

Tue Apr 27 , 2021
Starbucks’ president and CEO Kevin Johnson speaks during a press conference in Shanghai on August 2, 2018. AFP | Getty Images Starbucks is expected to report its fiscal second-quarter earnings after the bell on Tuesday. Here’s what Wall Street analysts surveyed by Refinitiv are expecting: Earnings per share: 53 cents […] 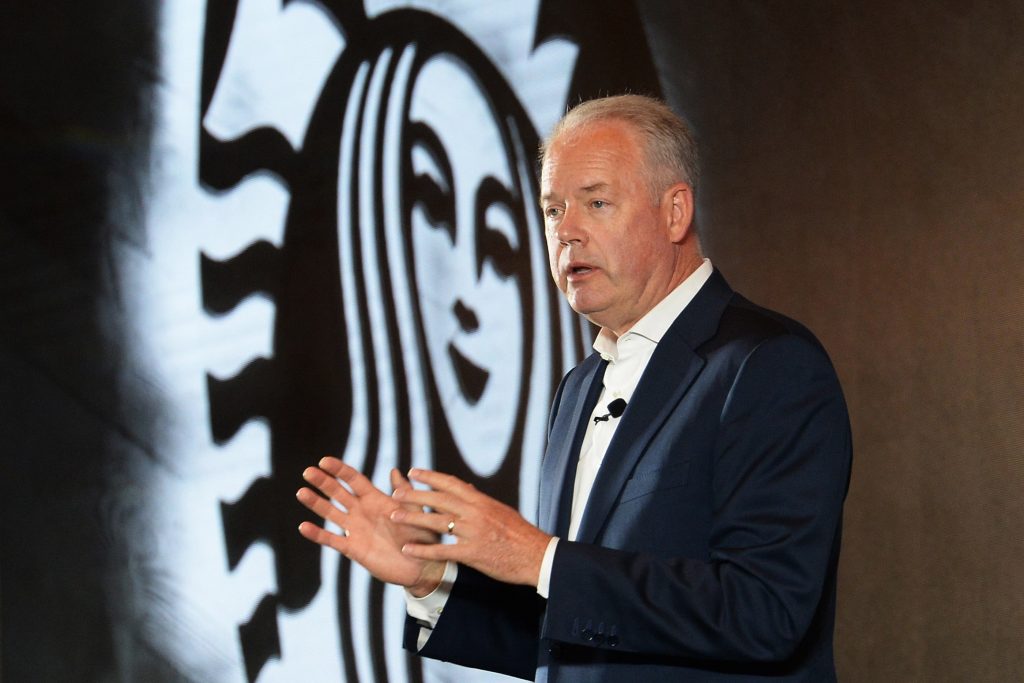