Alphabet reported huge beats on its top and bottom lines for its first quarter of 2021, as well as a new $50 billion stock buyback, which boosted the stock more than 4% in after-hours trading.

Here’s how Google’s parent company fared in the quarter relative to what Wall Street analysts polled by Refinitiv expected:

Google’s revenue rose 34% from the same period a year prior. The company reported advertising revenue of $44.68 billion for the quarter. That’s a significant rise from $33.76 billion in the same quarter last year, making it the fastest annualized growth rate in at least four years, although the results were boosted by easy comparable, as the onset of the coronavirus pandemic caused a steep drop in advertising spend.

YouTube became the winner of the pandemic in terms of social media sites, according to a recent Pew report, which said the video platform saw usage grow from 73% of U.S. adults in 2019 to 81% in 2021.

Alphabet CEO Sundar Pichai said on the company’s earnings call that YouTube’s TikTok competitor Shorts is garnering 6.5 billion daily views, a significant increase from 3.5 billion at the end of January.

Google Cloud revenue grew 46% year-over-year to $4.05 billion, which was in-line with Wall Street’s expectations. It lost $974 million during the quarter, significantly narrowing losses from the same period a year ago. Google Cloud includes infrastructure and data analytics platforms, collaboration tools such as Google Docs and Sheets, and “other services for enterprise customers.”

The company’s “Other Bets” segment, which includes its health tech unit Verily and autonomous-vehicle bet Waymo, lost $1.15 billion on revenues of $198 million.

Alphabet’s board approved an additional stock repurchase of up to $50 billion on April 23, Tuesday’s filing stated.

In March, Google announced a $7 billion investment toward expanding offices and data centers across 19 states, creating what will amount to at least 10,000 full-time jobs. That came as the company doubled down on bringing its workforce back to physical offices after the pandemic.

The company will discuss the results with investors at 5pm ET.

Tue Apr 27 , 2021
Microsoft shares moved 3% lower on Tuesday after the company reported fiscal third-quarter earnings that came in stronger than analysts had expected, although its operating margin narrowed somewhat as cloud became a larger part of the software maker’s business. Here’s how the company did: Earnings: $1.95 per share, adjusted, vs. […] 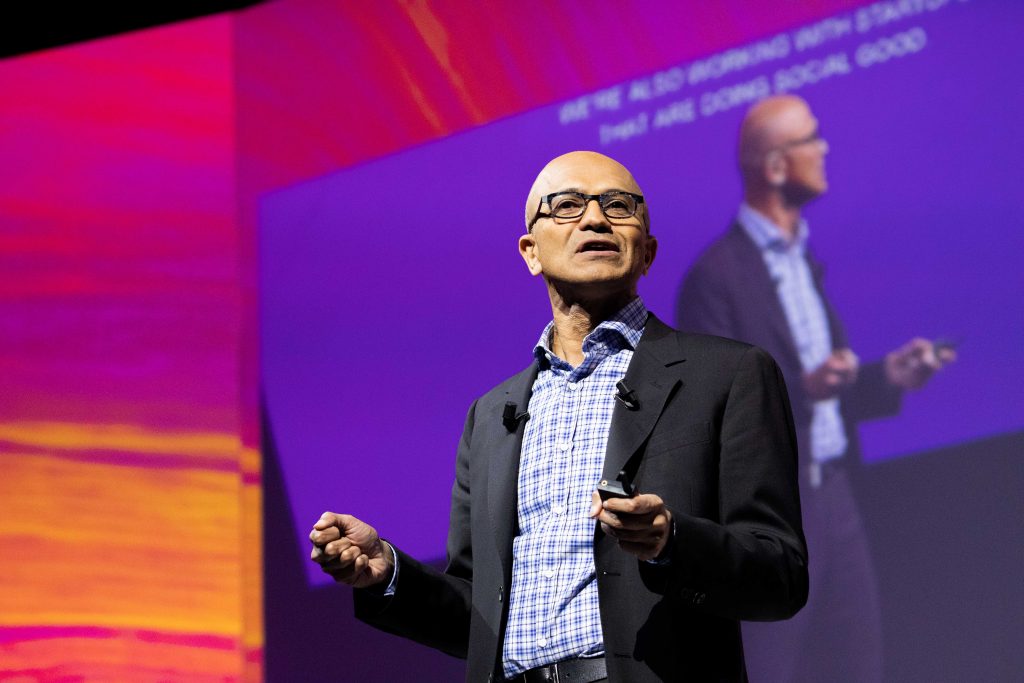