ALGIERS (Reuters) – Algeria will hold a presidential election on Dec. 12, interim President Abdelkader Bensalah said in a televised speech on Sunday, despite demands by protesters to postpone a vote until more of the ruling elite quit office.

Weekly mass demonstrations forced veteran president Abdelaziz Bouteflika to resign in April, leaving Algeria in constitutional limbo and facing a stand off between protesters and the army-backed government.

“Elections are the only democratic solution to the crisis,” Bensalah said.

The authorities had canceled an election previously planned for July 4, citing a lack of candidates, amid mass protests demanding the departure of the rest of the old guard including Bensalah and Prime Minister Noureddine Bedoui.

But army chief Lieutenant General Ahmed Gaed Salah has repeatedly called for an election as soon as possible, despite the opposition and protesters rejecting a vote.

Earlier on Sunday authorities named an independent election authority to organize the vote to replace the interior ministry, which has been in charge of elections over the past years.

“This (election) body is a concrete response to demands from our people including those seeking a radical change of the system,” Bensalah said, in apparent reference to protesters who have been staging weekly demonstrators since Feb. 22.

“These changes confirm that the state will go ahead to meet all demands.”

The authorities had sought to calm demonstrators by starting the prosecution of Bouteflika’s allies for suspected involvement in corruption cases.

Two former prime ministers, two former intelligence chiefs, eight ministers and several prominent businessmen have been put in custody after being questioned by judges as part of anti-graft investigations.

(Reporting By Hamid Ould Ahmed and Lamine Chikhi in Algiers, writing by Angus McDowall in Tunis; editing by Emelia Sithole-Matarise and Sandra Maler) 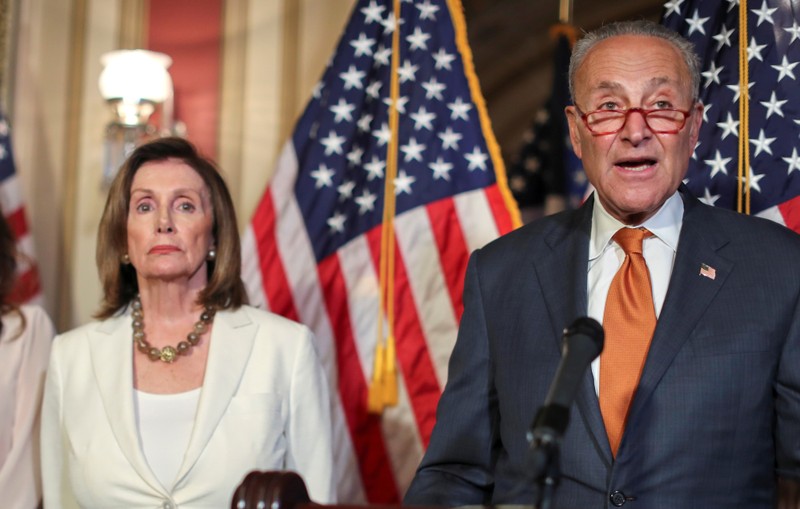