NEW YORK — A Massachusetts man is suing Alex Jones after the conspiracy theorist and conservative radio host’s website InfoWars misidentified him as the gunman in an article about the Parkland, Florida, high school massacre.

Marcel Fontaine, 24, filed a lawsuit in Texas court Monday naming Jones, InfoWars, parent company Free Speech Systems, LLC and Infowars employee Kit Daniels as defendants. Fontaine is seeking damages after he says InfoWars falsely identified him as the shooter and posted photos of him in several versions of an article on InfoWars’ website.

Seventeen people were killed at Stoneman Douglas High School in Parkland, Florida, on Feb. 14 when former student Nikolas Cruz, 19, opened fire in a building on campus. Cruz was arrested shortly after the shooting and has confessed to the crime.

Fontaine’s suit claims a now-deleted InfoWars article including his photo published on Feb. 14 “conveyed the impression that the photograph depicted the suspected Douglas High School shooter.” It says the article, along with Fontaine’s photo, spread across social media. Fontaine said he was then threatened and ridiculed online.

Mark Bankston, Fontaine’s attorney, told CBS News that Fontaine has tried to keep a positive attitude but has “grown increasingly disturbed by this incident” and that he “genuinely fears for his safety.” Bankston said his client is seeking damages in excess of $1 million.

The lawsuit says Fontaine believes he was targeted because he was wearing a novelty T-shirt that makes a visual pun on the phrase “communist party.” The shirt features historical figures, including Karl Marx, who is shown wearing a lampshade on his head.

The lawsuit was first reported by the Huffington Post. InfoWars did not immediately respond to a request for comment from Jones or Daniels.

Jones came under fire after the Parkland shooting for saying survivor David Hogg was a paid “crisis actor” in a video that was removed from YouTube for violating the platform’s policies. The episode led advertisers to ask to be removed from Jones’ YouTube channel, which has more than 2.3 million subscribers and thousands of videos, many of them conspiratorial in nature. YouTube has struggled to combat the spread of conspiracy theories on its platform, saying in March it plans to “hire rapidly and ramp up our policy enforcement teams throughout 2018.”

Jones has also been sued for defamation in the past. Brennan Gilmore, the man who filmed the deadly car attack in Charlottesville, Virginia, last year, sued Jones and right-wing blog Gateway Pundit after he was accused of being a CIA informant who orchestrated the attack.

“These conspiracy theorists, Nazis and alt-right individuals had suggested that because I had a background in federal service that I was a CIA agent who had a role in the attack and that I somehow arranged this,” Brennan told CBSN in August.

“Within a couple days, we’re on the site InfoWars, where more than a quarter million people watched a video that suggested that the attacks in Charlottesville weren’t what they are: an attack by white supremacists on a crowd peacefully marching, but instead some sort of conspiracy plot,” he explained. “Threats toward me came in at a very rapid rate, to the point where people sent letters with white powder to my parents’ address and where we had to work with law enforcement for personal protection.” 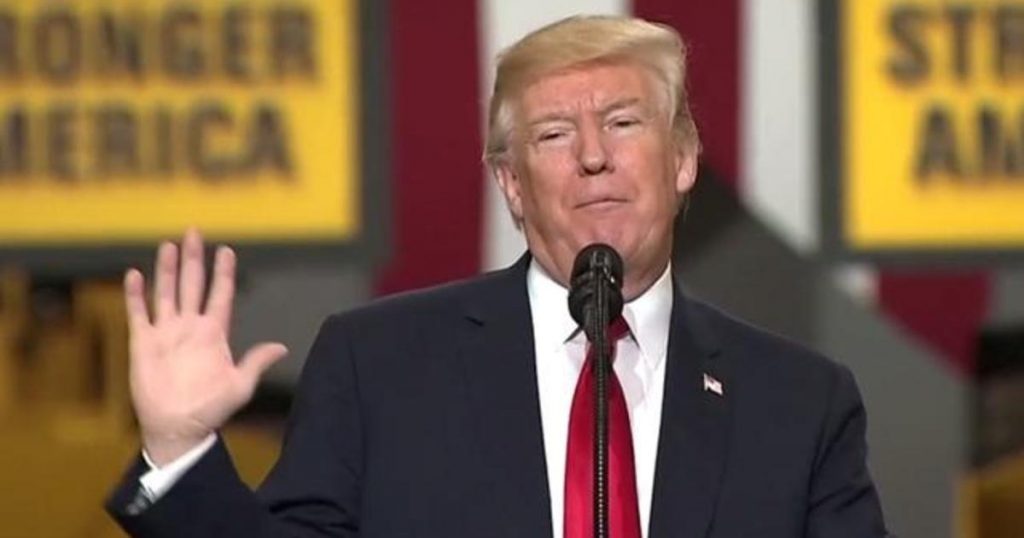