A newcomer to politics enters the race for Oregon’s fourth congressional district. Alek Skarlatos is not only known for his reenactment role in Clint Eastwood’s 15:17 to Paris, but is the real life American hero who inspired the film by courageously helping to stop a terrorist from opening fire on a train in 2015. One America’s Dana Alexa has more.

Wed May 12 , 2021
Quick Take An audit of ballots and a forensic audit of voting equipment earlier this year found no problems in the 2020 elections in Maricopa County, Arizona. But debunked claims about voter fraud revealed by secret “watermarks” are flowing again on social media amid a Republican-led audit. County officials say […] 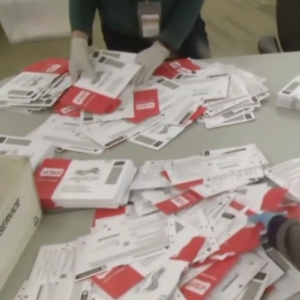