Alaska said Tuesday it will take delivery of 68 of the 737 Max 9 planes, up from the 32 it had previously ordered. Twenty three of them will be bought from Boeing and 13 others leased from Air Lease.

The Federal Aviation Administration last month lifted a grounding order on the planes that was put in place after two nearly new Max jetliners crashed in 2018 and 2019, killing all 346 people aboard the two flights.

Boeing has been struggling from the almost two-year grounding that was met with the coronavirus crisis, driving down demand — and prices — for its planes.

CEO Brad Tilden declined to disclose the price of the planes but told CNBC that nine of the Max jetliners it’s buying are so-called white tails, planes that have been built but don’t have an owner.

Alaska, which is based in Seattle, near Boeing’s Max production plant, has options to buy another 52 planes as it transitions to a nearly all-Boeing fleet in the coming years. The airline has had a fleet of a mix of Boeing and Airbus jets thanks to its 2016 merger with Virgin America.

The carrier is now starting to train its pilots, including Airbus aviators, on the Max. Tilden said the company has 830 of about 3,000 pilots trained on the airbus, a number that will decline to about 145 by the end of summer 2023.

European budget airline Ryanair earlier this month announced an order for 75 Max jets to its 135-plane order, the largest order in two years.

Alaska plans to start flying the Max in the first quarter and receive its first Max jet in January. It hadn’t received any of the planes at the time of the March 2019 grounding.

Tue Dec 22 , 2020
Washington — President-elect Joe Biden is poised to deliver remarks as the nation prepares to celebrate the Christmas holiday, capping the end of a year marked by the once-in-a-lifetime coronavirus pandemic and a bruising presidential election. The president-elect will speak from Wilmington, Delaware, which has served as the hub for […] 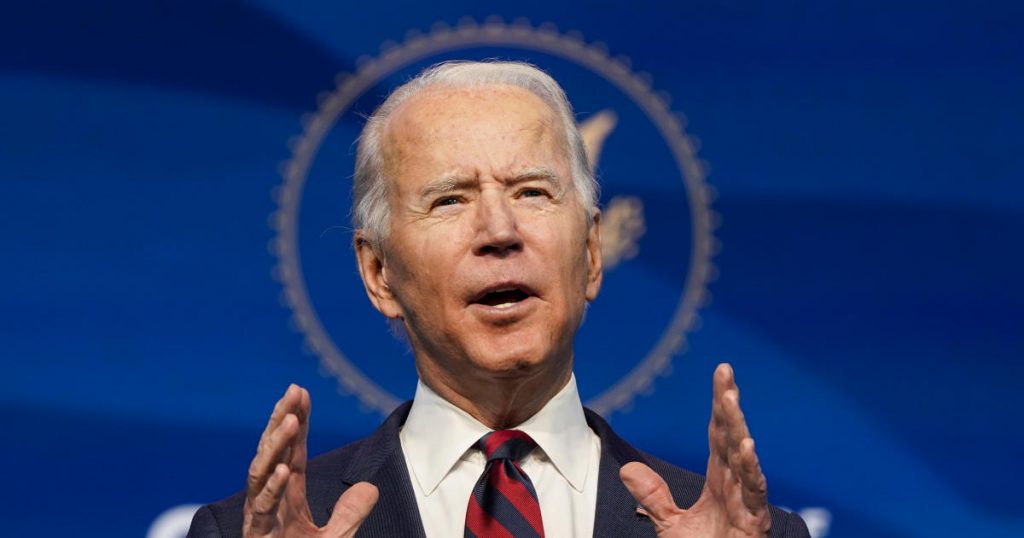