The young woman known as Sudan’s “Lady Liberty,” Alaa Salah, spoke to the United Nations Security Council on Tuesday to advocate for a new Sudanese government with equal representation for women.

Salah became a symbol of the push for reform in her country last spring, when a picture of her at a protest went viral. In April, as demonstrations against the nearly 30-year rule of dictator Omar Al-Bashir were coming to a head, thousands of Sudanese protesters gathered in front of the military headquarters in Khartoum. As the crowd sang and chanted demands that Bashir step down, Salah, a 22-year-old student, climbed on top of a car to lead a poetic chant. “They jailed… burnt us in the name of religion,” she said.

An image of her, standing out from the crowd in a white Sudanese thobe and round gold earrings, singing with her hand pointed to the sky, went viral.

A few days later, Bashir was ousted by the military.

Some Sudanese protestors compared her image to a “Kanaka,” or an ancient Nubian queen, and internationally, it helped raise awareness of women’s involvement in the 2019 uprising.

“The picture spoke about the strength of women and fought the stereotype of women being weak and not being involved in their communities,” said Salah of the iconic photo.

Now thrust into the spotlight, Salah told CBS News that although she was initially shocked that her image had gained so much visibility, she is now putting school on hold in order to dedicate herself to her life mission: advocating for a better Sudan.

“I want to be able to say I achieved peace in Sudan,” Salah said.

In her United Nations speech, Salah discussed how coming from an ordinary middle-class family helped her understand the daily struggles many faced under the Bashir regime, as discriminatory laws often targeted women. Under Bashir’s rule, Salah said, speech was heavily policed and the penalties for voicing opinions could be imprisonment.

“I would walk to university every day and see my fellow citizens around me, struggling to get food and medicine, half of the country living in poverty, how could one not become political? In December last year, our fight for bread became a fight for our freedom,” she said in her prepared remarks.

Salah believes that women now feel freer in Sudan, but laws need to reflect this more.

Since the revolution, women activists have been calling for greater representation in parliament, up from a 40% female quota in the transitional government. Women had 25% of the seats in parliament under Bashir.

Salah stood up at the U.N. to speak for women who believe that the 40% is not enough. Women’s groups in Sudan formed a coalition called MANSAM, which Salah is part of, and they have been advocating for the new transitional government to have 50% gender parity.

“I came here today to address the Security Council and give a statement about the Sudanese call,” she said, referring to the demand for more representation for women along with an end to human rights abuses. She prepared herself before the speech by speaking with experts and with women who have experienced discrimination.

Despite women’s active participation in the protests, Salah said women have been “sidelined” in the months since Bashir was arrested.

Although she is now recognized on the streets of Sudan, she said that her life has changed little since her sudden rise to fame.

“I was never scared when protesting, even when the protests were met with violence,” she said.

“I feel life has a way of choosing people for missions and I have a need to fulfill this role.”

The most popular Halloween candy in every U.S. state

Tue Oct 29 , 2019
Halloween is all about treats, but the candy of choice across the U.S. can vary from state to state. Salt water taffy is the favorite sweet in Nebraska, Washington and Wyoming, while Jolly Ranchers rein supreme in Georgia, and Hot Tamales are the top seller in a number of states.  […] 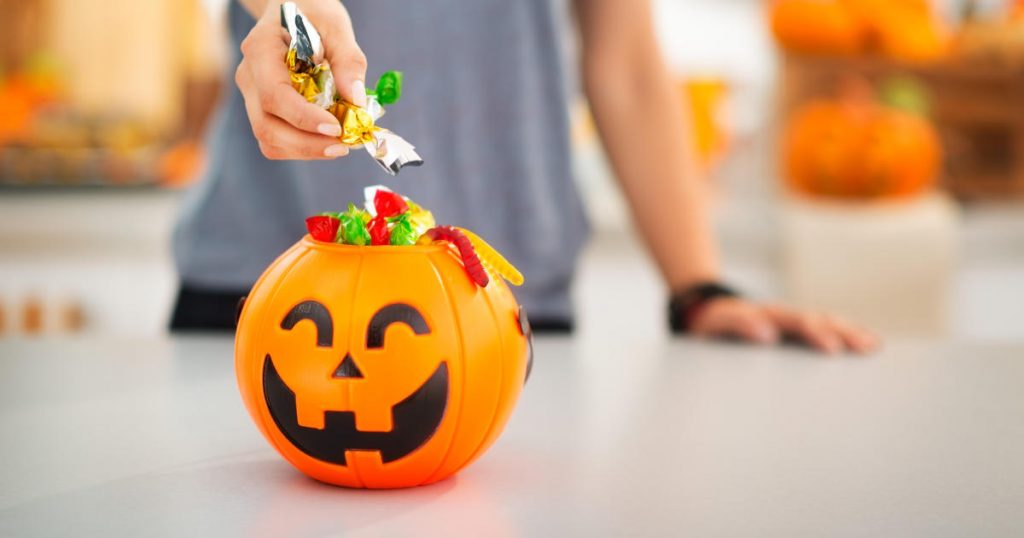