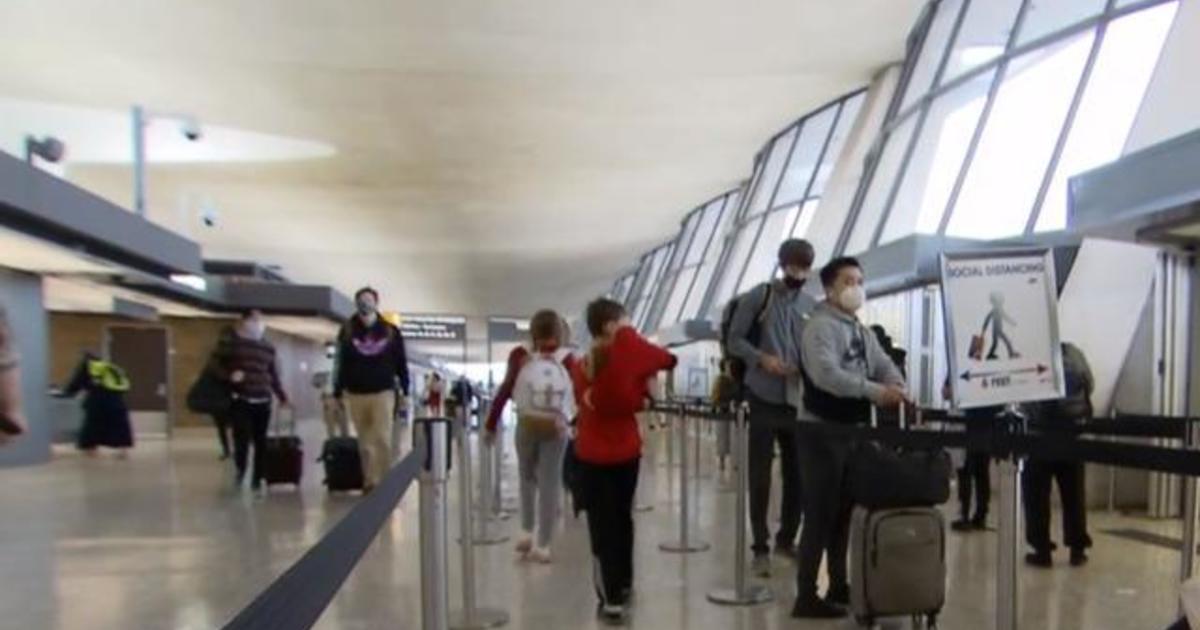 Tens of thousands of airline workers are out of the job as the U.S. government’s $25 billion payroll support program expires along with a ban on airline job cuts. While there is still a chance for new federal aid, the cuts could already be negatively impacting the industry, along with the 10.4 million Americans whose jobs are also supported by commercial aviation.

Hala is one of about 45,000 airline employees who were subject to layoffs or furloughs starting October 1.

While Congress is still trying to agree on a measure to renew the expired payroll support program that would keep everyone working, Hala worries about how the loss of her dream job could affect the payments on her recently-bought home if that help does not come.

At least another 44,000 airline workers took exit packages and have left their jobs. More than 74,000 others have taken unpaid leave.

However, the trouble goes beyond the airport terminal — 1 out of every 14 U.S. jobs are at least partially supported by commercial aviation.

Santucci was among the 50 people who worked on Alaska Airlines’ in flight magazine. The publication went from over 4 million readers to none overnight when the airline pulled it from planes to eliminate touch points as a COVID-19 safety measure.

“A day later, we’re all emptying out our offices,” said the magazine’s editor-in-chief Paul Frichtl. “It can’t get any more sudden and unexpected than that.”

The blow dealt by the cuts can be felt across the nation — a business in Dallas was left holding onto thousands of bags of peanuts airlines can no longer use. Its business is down 80%.

The airport parking industry, which employed about 12,000 people pre-pandemic, was another casualty. The industry has lost $400 million and counting in business since the pandemic.

The business had been in Chavez’ family for 60 years. Since the pandemic, he was forced to lay off 60% of his staff — 540 people.

One of them was 17-year-old Dajuan Roberts, who was furloughed for nearly four months before returning only for part-time and overnight work.

Asked if the reduced hours still cover his bills, Roberts was not optimistic.

Sat Oct 10 , 2020
A 3,500 pound great white shark dubbed Nukumi — meaning “Queen of the Ocean” — has been spotted off the coast of Nova Scotia. The massive 50-year-old shark was tagged and released by Ocearch, a research and exploring team that hopes its latest trip out to sea provides new clues […] 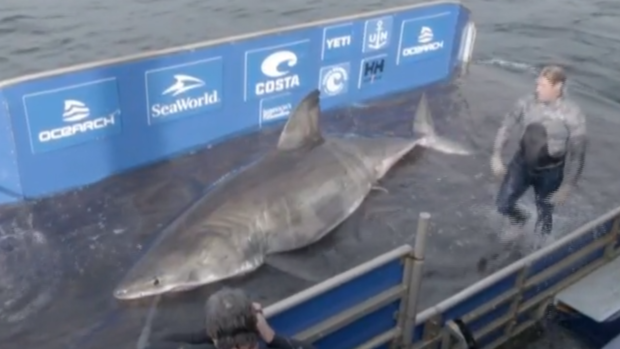