Jets are parked on runway 28 at the Pittsburgh International Airport on March 27, 2020 in Pittsburgh, Pennsylvania.

Two weeks after Congress approved a $50 Billion bailout of airlines that earmarked carriers receiving $25 Billion in direct cash grants, it turns out those grants could require airlines to take on more debt. Executives at multiple U.S. airlines tell CNBC the preliminary grant offers extended by the federal government on Friday call for 30% of the money offered to come in the form of low interest loans from the Treasury Department.

The structure of the offers has caught U.S. airlines by surprise. “This is not what Congress approved,” said one industry executive who asked not to be identified given the ongoing discussions between airlines and the Treasury Department. “The aid was supposed to be $25 Billion in cash grants and $25 Billion in loans.”

The cash grant offers extended to the largest airlines on Friday also come with several important provisions including no mass layoffs of airline employees through September 30th, a stipulation airlines expected as Congress was finalizing $50 billion in aid. As a result, all carriers have committed to not laying off employees for the next six months.

Another stipulation of the grant offers calls for the federal government to receive stock warrants equal to 10% of loan component in each offer. The strike price on those warrants is the price of the respective airline stocks at the close of trading on Thursday.

Adding a debt component to the grant offers comes at a time when airlines have taken out loans and opened credit lines for billions of dollars. As a result, the credit ratings for many airlines have been downgraded. On Friday Fitch cut Delta’s credit rating to junk status saying, “in all, Fitch expects Delta to borrow more than $8 billion during the year, which is essential for near-term liquidity, but will raise leverage by more than a turn over prior expectations when combined with our forecasts for a smaller top line over the next several years.”

“I’m not sure what others will do,” said one airline executive, “we’ll keep talking with Treasury.” It is unclear how much wiggle room there is in the initial offers.

On Thursday, Treasury Secretary Steven Mnuchin told CNBC, “It is our objective to make sure, as I have said, that this is not a bailout, but to make sure that airlines have the liquidity to keep their workers in place.”

Once U.S. airlines finalize and agree to the terms of the cash grant offers, they will decide whether to borrow billions more from the federal government and the $25 Billion in loans it will oversee.

Sat Apr 11 , 2020
The United States is now reporting more than 18,700 deaths from the coronavirus and over 500,000 confirmed cases nationwide, according to data from Johns Hopkins University. Globally, more than 103,000 people have died and more than 1.7 million COVID-19 cases have been reported.  For millions across the globe, Easter weekend will […] 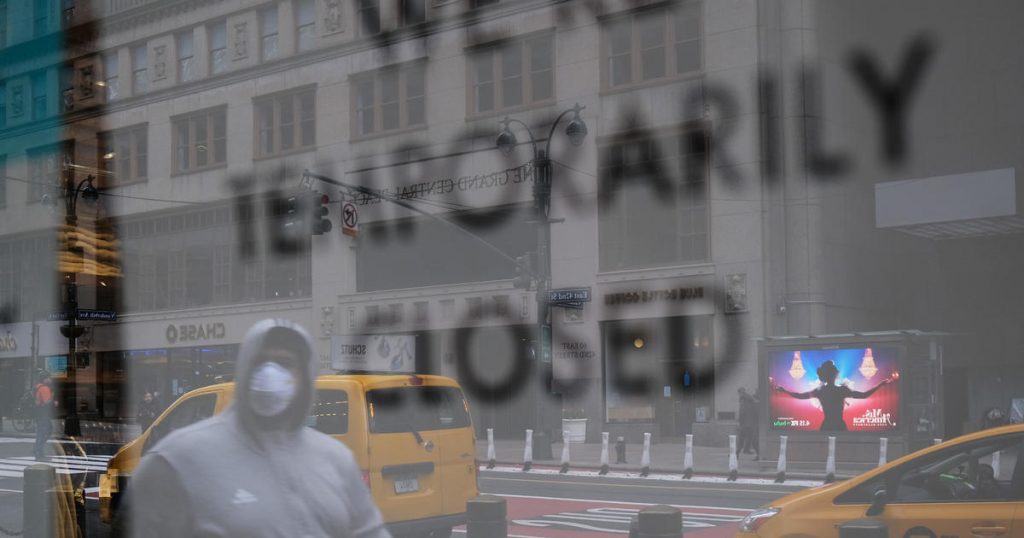