Airbnb on Wednesday announced that it has submitted a draft registration to the Securities and Exchange Commission for an initial public offering.

The company did not disclose its financial information nor did it specify how many shares would be offered.

The filing comes after a rough year for Airbnb and the U.S. travel industry.

Airbnb in May laid off nearly 1,900 employees, or about 25% of the company. The company also slashed marketing costs and raised billions of dollars in debt. Numerous short-term rental hosts have also complained about late or missing payments from Airbnb.

The coronavirus pandemic brought the travel industry to a halt, resulting in an estimated $330 billion of lost revenue since the beginning of March, according to an Aug. 13 report from the U.S. Travel Association.

Airbnb rebounded, however, after a surge of rentals in rural areas as residents with means fled pandemic-stricken cities.

Airbnb was valued at $18 billion following its latest funding round in April. That was nearly half what the company was worth in 2017.

Thu Aug 20 , 2020
Wildfires raged through Northern California on Wednesday, threatening thousands of homes and blackening the skies near and over San Francisco as crews struggled to surround them despite steep terrain and blistering heat. The smoke-filled skies are expected to linger for the next few days, reports CBS San Francisco. The fires, […] 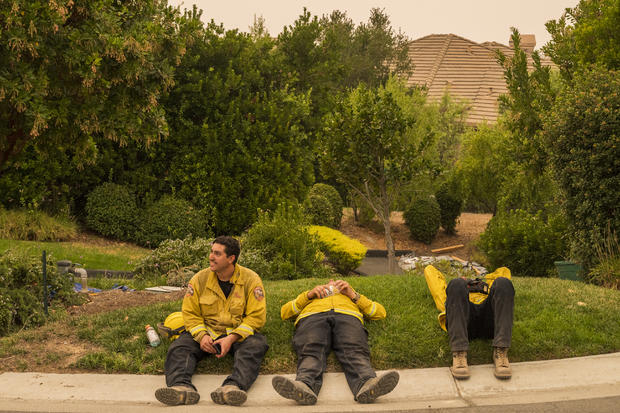